Corus Entertainment in Canada has struck a far-reaching deal that will sees it taking rights to originals from NBCUniversal’s new streamer Peacock, including the adaptation of Aldous Huxley’s classic novel Brave New World. 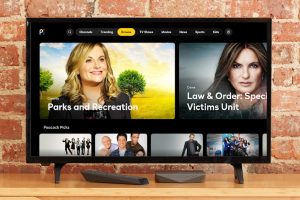 The shows will air across Corus networks and its on demand platforms, with Troy Reeb, EVP of broadcast networks, confirming his company had taken full linear and on-demand stacking rights.

NBCU rolled out its new streaming service Peacock to select users in the US in mid-April, with senior execs admitting that Covid-19 had made a “significant” impact on its launch slate. A month later, the streamer confirmed its originals line-up for launch would include Brave New World, with other shows hit by the Covid-19 lockdown.

In related news, Corus has also confirmed its originals line-up, which includes 20 new and returning series including unscripted shows such as Bake Or Break and DIY series Family Home Overhaul.

Its Nelvana service will offer seven originals including The Hardy Boys, Miss Persona and Ranger Rob, while drama and comedy series such as Devils, Intelligence, Tell Me A Story and No Activity are in the works.