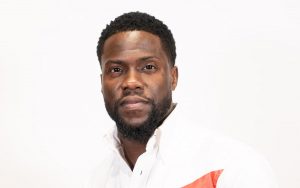 Wheelhouse Entertainment and Laugh Out Loud have signed a co-production deal to develop, produce and distribute a slate of unscripted programming to showcase new comedic stories and voices.

As part of the deal, the two companies will also partner with brands to co-fund and co-produce a slate of original content.

Wheelhouse Group was launched in 2018 by award-winning producer and entrepreneur Brent Montgomery, in partnership with comedy and TV presenter Jimmy Kimmel.

Laugh Out Loud is a comedy brand and multi-platform entertainment company founded by comedian Kevin Hart.

The first project in development for the companies is Lyft Comics From Kevin Hart, which will be co-produced with Lyft Entertainment and features comedians driving for US ridesharing company Lyft as they test out new stand-up routines on unsuspecting passengers.

Laugh Out Loud previously partnered with Lyft for the Hart-led series Lyft Legend.

“Brent and his team come to the table with entrepreneurial and creative tools that are rare in this industry,” said Hart. “Our teams share a passion for comedy, cultivating new talent, amplifying diverse voices and building valuable IP. I can’t wait for audiences to experience the magic Laugh Out Loud and Wheelhouse will create together.” 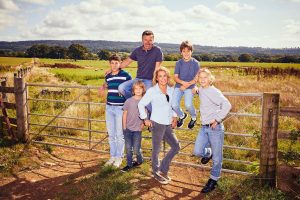 The 8 x 60-minute series follows property expert and TV presenter Beeny, along with her husband Graham and their four sons, as they quit their lives in London to start anew in what they hope will be a rural idyll.

Buying a semi-derelict former dairy farm in Somerset, surrounded by 220-acres of farmland, the Beeny’s set out to build the house of their dreams and landscape its grounds.

Kate Thomas, commissioning editor for Channel 4 said: ‘This sunny, escapist and hugely feel-good series taps directly into the daydreams that are, now more than ever, keeping us all going.  A longing for a simpler, slower way of life.”

Laura Mansfield, MD of Outline Productions added: “For anyone who’s ever dreamed of leaving the city for a new life in the country or contemplating a new build themselves, this series provides an entertaining and inspiring account of what the reality is like. We’re thrilled to be working with Sarah and her family on what is a gorgeous and escapist series.”

The show is being distributed by Hat Trick International. 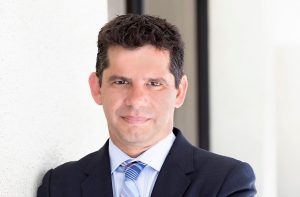 US production, finance and management firm, The Cartel, has appointed Ryan Saul,

the former APA head of Motion Picture Literary, as manager/producer, and promoted Bradford Bricken to partner.

Saul was most recently a Motion Picture Literary agent at Paradigm Talent Agency.  He began his career as an executive assistant at the Walt Disney Company before going on to his position at APA.

Stan Spry and Jeff Holland, co-founders and co-CEO’s of the LA-based firm, commented: “The Cartel is thrilled to have an agent of Ryan’s caliber joining the team. Ryan has always had a penchant for discovering young talent, and his ability to nurture that talent is something we pride ourselves in here at The Cartel.”

“Bradford has been an incredible asset of the Cartel team for the last six years.  He embodies the qualities that we want to represent our company,” added Holland.  “Bradford is driven, hard-working and a class-act.  We are honoured to make him a partner at the Cartel.”