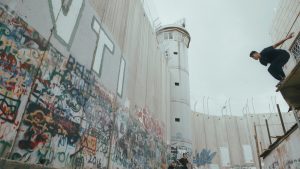 AMC SVODs acquire docs for US

Among the documentaries heading to Sundance Now are Glasgow-based Hopscotch Films’ BBC Storyville-commissioned 1 x 84-minute Accidental Anarchist, about how Carne Ross, once a leading UK diplomat, became an anarchist.

It has also acquired the 1 x 90-minute Beyond Right and Wrong: Stories of Justice and Forgiveness, which follows victims of devastating conflicts in Israel and Palestine, Rwanda and Ireland, as they balance their need for justice with their desire to forgive.

The 1 x 87-minute Hurdle tells the story of a Palestinian youth who uses parkour and photography as a way to overcome personal and political obstacles.

Acorn TV has meanwhile picked up literary and UK-focused programming including Blakeway Productions’ Brilliant Bronte Sisters (1 x 48-minutes) and The Genius Of Roald Dahl (1 x 48-minutes), both commissioned as part of ITV’s Perspectives strand, as well as Narnia’s Lost Poet: The Secret Lives And Loves Of CS Lewis (1 x 59-minutes), produced by What Larks! Productions for the BBC. 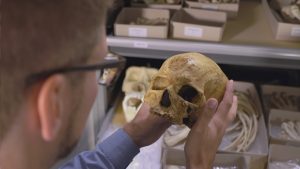 Human By Chance? The Gene That Made Our Brain Grow

Autentic Distribution has acquired global rights to Hoferichter & Jacobs- produced science documentary Human By Chance? The Gene That Made Our Brain Grow.

Originally made for German pubcaster MDR, the 1 x 52-minute programme follows researchers at the Max Planck Institute for Molecular Cell Biology and Genetics in Dresden as they explore a groundbreaking discovery – the gene that helped humanity to dominate the planet by causing a rapid growth in our brains more than two million years ago. 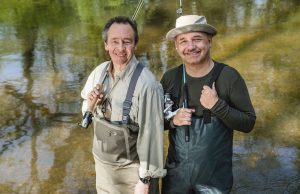 The second window rights include both series (12 x 30-minutes in total) for broadcast on its Dave channel, with series one to air from August this year and the second in early 2021.

Originally airing on BBC Two in the UK, the series follows comedians and lifelong friends Bob Mortimer and Paul Whitehouse as they go fishing on British riverbanks. While Whitehouse uses his extensive knowledge of fishing to guide Mortimer, the latter hunts out places to stay and eat along the way.

Keren Shahar, KI’s COO and president of distribution, said: “The beauty of this show is the magic created when two beloved and iconic comedians chew the cud about anything and everything – from show business to solitude, relationships and romance – while trying to catch fish in some of the most beautiful countryside in the UK.  It’s pure escapism.  We’re delighted to be able to bring Gone Fishing to a wider British audience on Dave.”