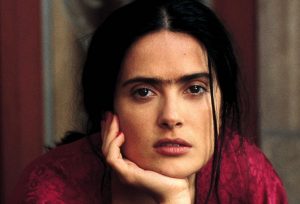 HBO Max will become the first port of call to develop Hayek’s projects at Ventanarosa, which is led by president Jose Tamez and Siobhan Flynn, head of production & development.

Hayek, who is CEO at Ventanarosa, has starred in numerous movies including Julie Taymor’s Frida, Americano and Lonely Hearts.

She also won an Emmy for best direction of a family movie with TV film The Maldonado Miracle and a Golden Globe for her work as a producer on Ugly Betty.

Hayek also has producing credits on shows including the recently announced Santa Evita at Fox Latin America and Netflix’s Monarca. She will next appear in Marvel’s The Eternals, Lionsgate’s The Hitman’s Wife’s Bodyguard and Amazon’s Bliss.

“Ventanarosa has a history of bringing the most lively and rich stories to life and we are eager to hear all of the wonderful ideas that will be borne out of this partnership,” said Joey Chavez, EVP of original drama at HBO Max.

Hayek added: “[HBO Max and Warner Media]’s team of passionate, talented and open-minded executives are a great support in our mission to make high quality global television that explores and celebrates diversity and inclusivity.”