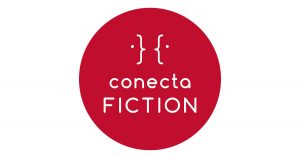 Movistar+ is in development on a second season of its recently launched drama Riot Police (aka Antidisturbios), the Spanish media giant’s director of originals Domingo Corral has told delegates at Conecta Fiction Reboot.

The news emerged on the second day of the Spanish co-production forum, which has become a hybrid event that is being held this week online and will offer a physical event in the Spanish city of Pamplona in September.

Corral told delegates that development of a second season of Riot Police was now in the works, with the show’s first season now in post-production and set to debut later this year.

Online delegates also heard from leading European execs about the importance of co-productions in a post Covid-19 world, as broadcasters and streamers look to pool resources to get shows off the ground.

Thomas Anargyros, president of the French producers guild USPA and producer of Storia Television, underlined the fact that his country was open for business and pointed to the importance of “artistic and financial trust” in co-production arrangements.

The French industry is seen by some as being well placed in the coming months as producers look to return to shooting, because of the government-backed support around insuring shows, something lacking at present in countries such as the UK.

Alice Delalande, fiction & animation support service chief of the Image and Animated Image National Centre (CNC) in France, outlined how international partners could work with local companies, emphasising that French participation must be at least 30% of the budget, with 50% spent locally.

There was also discussion of Around The World In 80 Days, the forthcoming project from The Alliance (Italy’s Rai, Germany’s ZDF and France Télévisions, which is being shot in English, while later panels explored the importance of diversity and improving representation across the industry.

The event, which launched Monday and runs until Thursday, has also offered screening of shows including Inés Of My Soul, with co-producers TVE, Chilevisión and Boomerang TV in attendance alongside actors Elena Rivera and Eduardo Noriega. The series was first presented at Conecta Fiction two years ago, during the international co-production pitching session.