Dealing with Covid-19: Reform & review in a post-lockdown UK 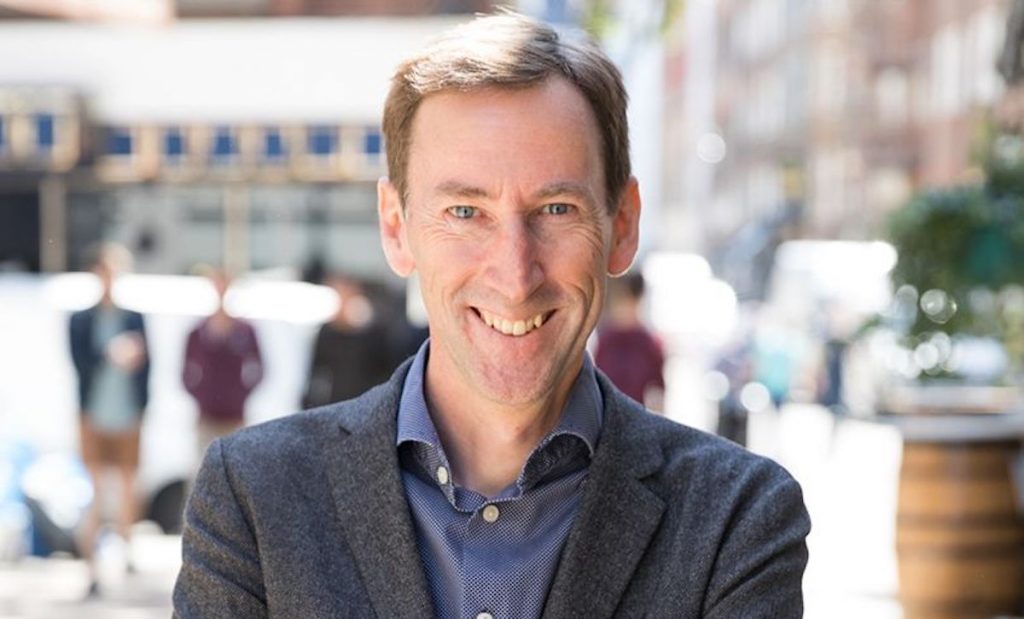 Jonathan Thompson, who leads the development of the UK’s digital terrestrial television platform Freeview, explains why now is the time for the country’s media regulator to explore public service broadcasting reform and underlines the importance of universality.

There has been much debate in industry circles over recent weeks on the response of the UK’s public service broadcasters (PSB) to the pandemic, with many highlighting their ability to ‘turn on a sixpence’ and offer the British public programming that speaks to the times we are living in.

In a Digital, Culture, Media and Sport (DCMS) Committee evidence session yesterday, Channel 4’s CEO Alex Mahon noted that people want to be entertained in a way that is “cognisant of what they’re going through” and that as brilliant as big budget Netflix shows like Tiger King are, “they are not reflecting the experience of a UK consumer in the pandemic and never will.”

The BBC’s James Purnell, meanwhile, concluded that the value of PSBs boils down to a focus on serving everyone in the country, regardless of circumstance, background or location.

The DCMS Committee, which oversees the work of the department and investigates specific issues, will close the inquiry on the future of public service broadcasting tomorrow.

Ofcom’s PSB Review, meanwhile, was put on hold before it had barely got going. This was back in March, what now seems like a lifetime ago, when the UK’s communications regulator understandably prioritised their non-TV responsibilities that were more relevant to the UK surviving a lock down: from ensuring that our broadband infrastructure could withstand everyone on video conferencing during the day and on-demand TV during the evenings, through to gently reminding the general public that 5G really had nothing to do with Covid-19.

In a blog late last year I suggested that Ofcom needed to be bold and ask fundamental questions about the role of public service broadcasting in this country. Not because I believe we needed to reduce it, but because I feared that if we only tinkered with the system and did a shallow review, we could be too slow to intervene and protect what really matters.

The need for speed derived from the pace of change being driven by technology, changing consumer habits, and the globalisation of TV brought about by the likes of Netflix and Amazon. This PSB Review was a final opportunity to ask and answer questions that policy makers had ducked for years.

So, what do Ofcom do now, only a few months later – but in a world almost unrecognisable to the one that Ofcom kicked off its ‘Big Debate’ about the ‘Small Screen’?

Should the PSB review and wider questions about the BBC and the licence fee continue to be put on hold? Well that would be a fair perspective, maybe the right one. But this crisis has reminded us – or perhaps shown us – that what appears on the screen in the corner of our room plays a huge part in how our society functions.

As many have argued in the past, our creative industries have to be a part of the long-term economic as well as the social health of our country, now more than ever.

Clearly there remains a need for the work that Ofcom was just kicking off. And I would also argue that now will actually be a better time to carry out its review, for two reasons.

First, because perhaps the political landscape won’t be quite so febrile as it was in the early weeks after the election. Perhaps both sides – the Government and the BBC – can put down their weapons and recognise that despite their differences, they need each other. Any government of this country needs a well-functioning media sector, and the BBC needs the ongoing support, at least in principle, of the government.

And second, the data-set that we have now to inform this debate is so much richer as a consequence of events of the last few months.

What I believe the lockdown has done to our media sector is the equivalent of a storm blowing through the rooms of an old dusty house. Everything has been exposed afresh by the force of what’s hit us – from the frightening cracks in the ceiling that have been papered over for too long, to the hidden gems of art and furniture that have been neglected for years.

The impact of the Coronavirus on our sector – as on many sectors – has been to shine an enormous magnifying glass on every aspect of how it works.

It has helped prove what consumers truly value, not what they say they value; which business models are truly resilient, not just doing a good job of keeping shareholders happy; what technologies are truly and permanently transformative, not just passing fads; and, most importantly – what society truly gains from a system of PSB and what will always be harder for an unaided commercial market to deliver.

This gives Ofcom, and then DCMS, the freedom to ask bold questions about the role of broadcasting and the ability to answer them with the richest data set we’ve ever had in front of us.

Let me illustrate this point by taking two issues.

The first is perhaps the most obvious – the role of news broadcasting. For the last few years, ever more lively dialogue has emerged as to how social media was undermining traditional news providers around the world. Audience research seemed to show a growing decline in use of traditional news sources, and news generally. And then the Coronavirus struck – and the whole debate was re-shaped.

Trust in traditional news sources had never been higher, governments all around the world were desperately seeking to communicate via these trusted media the need for people to stay home, or updates when things began to change.

Research conducted by Freeview during the lockdown found that of those who turned to television for their news, 94% spontaneously cite a PSB channel as a source of accurate and impartial news and information. Meanwhile, the social media giants have desperately tried to police the spread of dangerous fake news stories on their platforms whilst struggling to work out quite what their role is (if only Facebook had spent more time investing in its video conferencing division).

My point is not that this issue is now closed, merely that we can debate it with fresh evidence of what really matters to people and our society.

The second is on the role of free TV and universality. Like news – the emerging narrative that was starting to take hold was that in a world of low-priced SVOD services, everyone’s TV requirements could be met at an affordable price. The case for intervention to protect universal and free TV was a quaint concept that came from the days of scarce analogue spectrum.

And yes of course, lockdown has accelerated this trend at some level. I would wager that Netflix, Disney+ and Amazon have all exceeded their original plans over the last few months.

But despite all this, does anyone really believe that in events of the last few months, it’s not necessary for everyone to have access to basic information, news and entertainment regardless of who they are, where they live or what they earn. I am not sure it really matters whether a TV service costs £1 ($1.30) a month or £100 a month. The moment our public service broadcasting becomes ‘opt-in only’, we fundamentally undermine the notion of what PSB – no, in fact what our entire notion of TV – is.

Not since the war has there been a moment in British history where the principle of everyone having the same unfettered access to TV (and radio) been more important – and I would dare anyone to argue that we would have been better off over the last few months without it. Indeed, as the Premier League returns to screens this evening much to millions of fans’ delight, the decision to broadcast many of the matches free-to-air is yet further validation of the importance in providing  access to the nation’s biggest moments to all.

In arguing for the importance of free and universal access to high quality content, I am not seeking to argue that the case for what we do with the licence fee has yet been made either way. Nor do I seek to ignore the vital role that Sky, Netflix and Amazon have all played in entertaining and informing the nation over the last few months. Maybe we should be more explicit in acknowledging the public service role of Sky News, and of course we should acknowledge that just because content has to be paid for doesn’t mean it can’t have public value.

But let’s remind ourselves why universality has sat alongside “entertain, educate and inform” in the Reithian values that underpin our system of broadcasting. In a world of connected viewing the means by which we which achieve universality need to evolve – now as much an issue of access and discovery as the technical means of distribution. But as a principle – it endures.

So if Ofcom were to ask me what to do now, I’d say simply: ask the same bold questions you were planning to ask and use the benefits of both a calmer political climate and the richness of new data to do this review as thoroughly and imaginatively as it can possibly be done. Everyone with a stake in PSB – which means everyone – needs the certainty that can bring.

Jonathan Thompson is CEO at Digital UK and oversees the country’s TV platform Freeview, with a remit across day-to-day management of digital terrestrial television (DTT) and the development of the organisation’s long-term strategy. He previously worked at Ofcom and Channel 4.