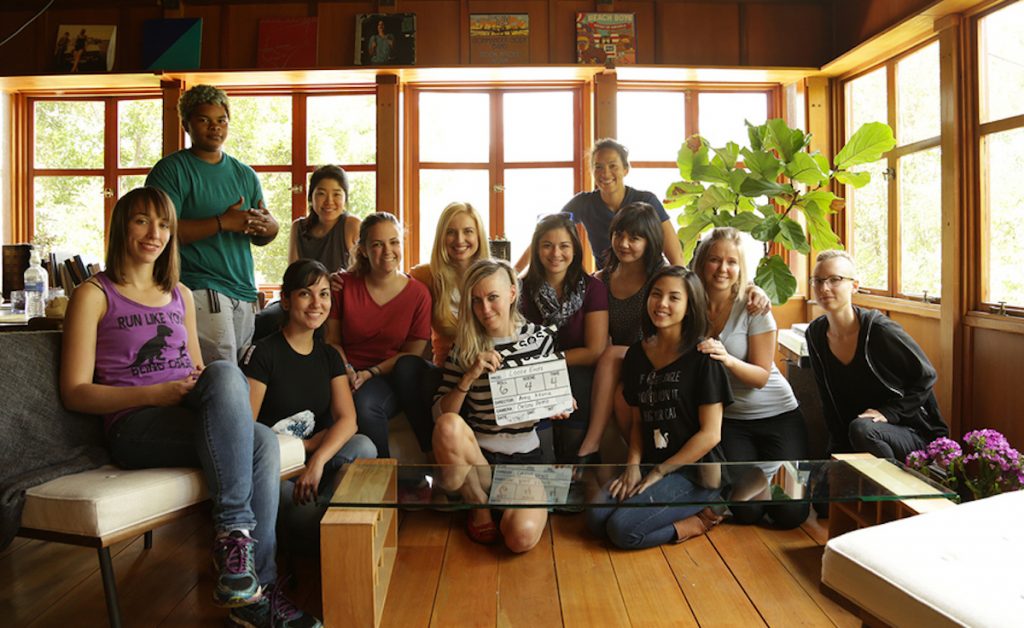 TBI’s Covid-19 focused strand of longer form pieces today hears from LA-based producer and co-founder of Emergence Films Sienna Beckman, who explores how appetite for risk might change in a post-Covid-19 world and the pandemic’s potential impact on diversity.

How has it been for small independent film and TV companies? In a few words, honestly, it’s been difficult. Not unlike many other industries around the globe, much of the film and television production has ground to a halt and will need to be completely different moving forward.

In the last few weeks, I’ve found that creative development executives are more willing to take virtual pitches, actors are more available to read scripts, and writers are more available to work on new drafts – but not much is able to happen from there. We have a series in development with Channel 4 and two feature films which are in the process of casting, but it’s been difficult to get anyone to commit at this time, simply because the state of the world and the industry are both so uncertain.

I worry that now it will be even less likely for financiers to invest in newer filmmakers, especially those from more diverse or underrepresented backgrounds

Creative development and financing sources are still present but are much more cautious.

Quite a lot of funding for TV specifically comes from brand investment and international co-production government financing, however, brands are being very cautious with their spending (because consumer spending has dropped so much), and government funding bodies seem to be doing their best to keep funding available for the arts, but it is definitely much lower on their list of priorities.

TV commissioners and broadcasters are still looking for projects, but the responsibility is falling to the production companies to come up with ideas and scripts that are possible to film safely in a Covid environment, within very strict health and safety guidelines, and still measure up to the level of quality of production and storytelling that audiences are used to.

A lot of pressure is being put on production companies to continue to get back on set and film, even though, at this time, no insurance company will insure a production for anything related to Covid.

The UK’s APA has recommended that each person who steps on set has to sign an agreement saying that if they contract Covid-19 while on set, it’s at their own risk. Should it fall to the individual to decide whether they want to risk their personal safety (and anyone they live with) for their job? I don’t think so. While it’s good to have a starting point for which to discuss how production will function in the future, we can’t forget that we are trying to hit a constantly moving target with a virus that we don’t know everything about yet.

Another concern is, as film and TV is already considered so much of a ‘risky’ investment, I worry that now it will be even less likely for financiers to invest in newer filmmakers, especially those from more diverse or under-represented backgrounds.

At Emergence Films, we mainly work with up-and-coming and emerging filmmakers from all over the world, and I really want to make sure that, as an industry, we continue to fight for a wide range of inclusivity-positive storytellers being heard just as loudly, if not louder than before.

We can’t take this pandemic as an excuse to ‘play it safe’ and let the already established names be the only ones who are given opportunities to create content. We all deserve to have our voices heard.

I am also really trying hard to focus on what we can do, as opposed to what we can’t.

For example, in an interesting way, this quarantine has the potential to actually level the playing field a bit for smaller production companies and independent producers.

When thinking practically, which are the films that are simpler and quicker to produce, and don’t take a ton of VFX or background actors or special effects makeup or large crews? Independent, low-budget films: smaller, more contained stories with incredible performances from stellar actors. Those types of projects, like the ones we are developing, will be the easiest and quickest projects to get together and complete, so I hope that rising filmmakers will still have their opportunities to shine during this time of uncertainty.

Sienna Beckman is head of development and production at Emergence Films. She has produced for companies including NBC Universal, Scott Free Productions and Refinery29, while her short film Birthday Boy is now streaming on HBO. She previously worked as head of production for YouTube influencer Anna Akana and is an active member of Women in Film & TV UK and Times Up UK.