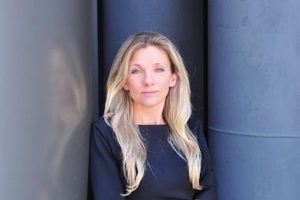 Gill Wilson has been appointed as UK and US-based prodco Avalon’s creative director of factual.

Wilson who will be based at Avalon’s London HQ, previously spent six years as head of features and daytime at UK broadcaster Channel 4, where she oversaw a slate that included George Clarke’s Old House New Home, Amazing Spaces and Escape To The Chateau, before spending her final year with the company consulting on national and regional strategy.

She started her career as a producer at BBC Manchester and went on to co-found UK prodco Betty, which produced reality series The Undateables. Wilson also worked at Endemol for eight years as a format creator, where she originated shows such as Snog Marry Avoid and Hotter Than My Daughter, and served as director of formats and features at Spun Gold.

Jamie Isaacs, CEO at Avalon Factual, said: “Gill’s hugely impressive reputation for quality factual television that audiences love made me keen to collaborate with her for many years, and I couldn’t be more delighted she’s chosen to bring her exceptional creative energy to Avalon.”

Wilson commented: “I’m very excited to be working with Jamie and the team to develop our factual slate and to add to the company’s ground-breaking shows and formats.”

Avalon has produced shows including Can I Improve My Memory? for Channel 4, Dave Gorman Modern Life Is Goodish for Dave and Al Murray: Why Does Everyone Hate The English? for A+E Networks.