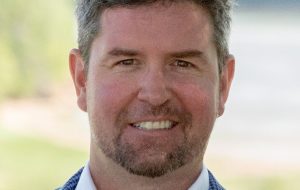 Canada’s Vortex Words + Pictures has appointed former Gaumont exec Ben Bishop to oversee its distribution activities, based out of Australia.

Bishop has taken the newly created position of president of international distribution at Vortex, which was launched by Bill Marks in 1982 and focuses on independent film and TV.

Bishop was most recently VP of TV sales for Asia Pacific at Gaumont TV International, where he was responsible for overseeing sales of its TV and film slate including Narcos, El Chapo, Art Of Crime and Calimero.

Prior to that, Bishop worked with Entertainment One (eOne) Television International, where he spent 13 years and was latterly sales director for Australia, New Zealand and Asia, selling series including Hell On Wheels, The Walking Dead and Designated Survivor.

“I am thrilled to be taking on this new challenge with the fantastic team at Vortex.” said Bishop. “I look forward to growing the business on an international scale and building our content offering to the world.”