Show of the week: Don’t 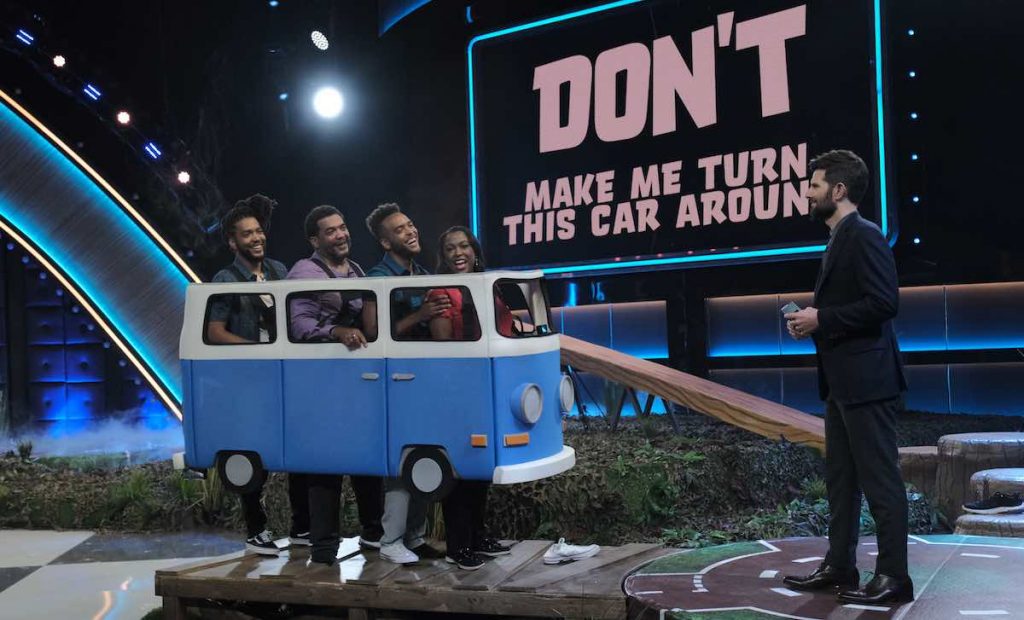 While most gameshows require contestants to complete all manner of tasks or challenges asked of them, Banijay’s recently launched format Don’t – which debuts on ABC in the US later this week – has taken an alternative approach.

The show, which will air in primetime from 11 June on ABC, follows a family of four as they attempt to win $100,000 by following one simple rule: Don’t.

Created by Deadpool star and executive producer Ryan Reynolds and host Adam Scott (Parks And Rec), the format is described as the ultimate test of mind, body and family bonds, as contestants compete in an array of mental and physical tasks beginning with the instruction, ‘Don’t’.

“The challenges are a mixture of physical and mental,” says Andrew Sime, VP of formats at Banijay Rights. “Some are small and simple, like ‘Don’t Blink’, in which the contestants lose money whenever they close their eyes.

“Other games require enormous, imaginative sets, like ‘Don’t Get Tired’, where the contestants have to answer questions to avoid getting run over by a huge tyre speeding down a hill. Every successful round is worth a potential $20,000, with total possible winnings of $100,000 an episode.”

The format was created by Banijay Studios North America and Reynolds, who aimed to come up with an entertainment programme offering a unique environment and vernacular. “It takes a lot of the recognisable elements of a traditional primetime gameshow, and gives it a genuinely special look and feel, playing with audience expectations of the genre,” Sime adds.

“As soon as you meet the contestants every week, you can immediately see just how well they know one another. That means they know each other’s strengths, but also their weaknesses. When it comes to making tough decisions under pressure, that intimacy makes for much more entertaining, funny television.”

Sime says the format is designed to attract multi-generational audiences and adds that while the ABC show has been made “on an American budget,” the game designs are flexible and can work even when scaled down.

“Fundamentally, a family of contestants are given a simple instruction in each challenge: Don’t do something. During the show’s development, it became very clear that the show’s strongly comic personality can work at all budget levels,” he says, adding that global production hubs are already in the works.