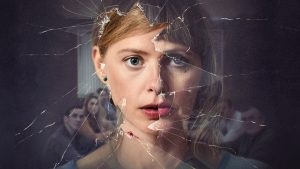 Euro-thrillers head to Netflix and others in global sales

Global streamer Netflix and broadcasters around the world have picked up thrillers The Twelve and Amsterdam Vice, following a raft of sales agreements with Federation Entertainment.

The 10 x 52-minute Belgian psychological thriller The Twelve was produced by Eyeworks, part of the Warner Bros group, for VRT. It revolves around a jury that must decide the guilt or innocence of Fri Palmers, a broken woman accused of a double murder, including that of her own daughter.

It has been picked up by RTS in Switzerland, Walter Presents in the UK,  AMC Iberia for Spain and Portugal, NC+  for Poland, SBS in Australia, Rialto in New Zealand and Polar+  for CANAL+ in France. Netflix seized the remaining territories in for a world-wide deal (excepting the previous sales made).

Meanwhile, Millstreet Filmy’s 8 x 52-minute Dutch crime thriller Amsterdam Vice has been sold to Walter Presents in the UK, AMC for Spain & Portugal and Russian Report in Russia, as well as RTP in Portugal and SBS in Australia. Further sales in the US and other territories are close to being finalised and will be announced shortly.

The series, which is set in Amsterdam against the backdrop of the tumultuous 1980’s coronation riots, a young detective and his partner investigate a murder case that leads them to uncover plans for an attack on the coronation day of Princess Beatrix. 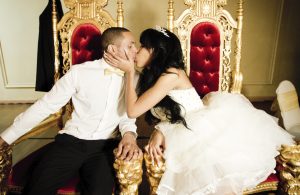 Portuguese network SIC has acquired the rights to produce a local version of relationship format Don’t Tell The Bride, following a deal with NENT Studios UK.

The new series is “swiftly heading into pre-production” to take advantage of easing lockdown restrictions in the territory, while SIC has also acquired season 14 (15 x 60-minutes) of the original UK programme, which was produced by Renegade for E4, as well as 27 episodes from the Irish version, produced by Coco Television for RTÉ. SIC has previously licensed series 6-13 of the UK version.

Following earlier format deals in countries including China, Australia, France, South Africa and the US, this new deal will mark NENT Studios UK’s 19th local production for the title.

Series 14 of the UK version has also recently been sold to TV2 in Norway.

The format sees a couple given a set sum of money to pay for their wedding day with the catch that every single element of the big day – from the venue and wedding dress down to flowers and favours – has to be completed in three weeks – and only by the groom.

Lucy Roberts, senior sales manager at NENT Studios UK, was responsible for licensing the format to SIC. She commented: “This latest deal for Don’t Tell The Bride further endorses its status as an evergreen and universal format that readily transcends borders and cultures to entertain audiences. It has been a pleasure to work with SIC in getting this deal up and running so quickly and to also ensure it has ready-made episodes to broadcast while the Portuguese version is in production.” 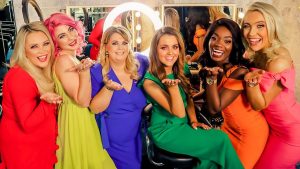 YLE in Finland has picked up a new version of dating format Pretty & Single, while a second season is headed to the Netherlands.

The show was originated by Sony-backed Stellify Media and produced for BBC Scotland and BBC NI in the UK, where it was titled Beauty Queen & Single, and is currently airing it’s third series, which has been renamed Pretty Single.

It is known internationally as Pretty & Single and will return under this title for a new series produced by Vincent TV in the Netherlands, and the brand new version of the format will be produced by Aito Media for YLE in Finland.

The transformational dating series featuring single women, all of whom are trying to be picture-perfect. It strips away their perfect make-up, hair and glamorous clothes in a dramatic ‘make-under’ before sending them on a series of dates with specially selected suitors, to see if they are more likely to find love by embracing their natural beauty.

Kieran Doherty, co-MD, Stellify Media, said: “Pretty & Single is a slight reimagining of our format Beauty Queen and Single – with one tiny change – you don’t need to be a Beauty Queen to take part. After the success of the original series we were inundated with people wanting to be on the show, and it’s been really exciting to open the casting up and work with regular people who are struggling to find love because they are hiding behind a make-up mask of perfection.” 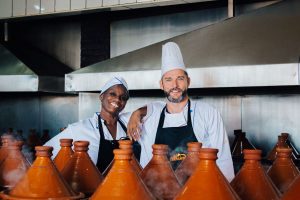 UK pubcaster the BBC has ordered a second season of Outline Productions’ food series Remarkable Places To Eat for broadcast on BBC Two.

The 5 x 60-minute series sees some of Britain’s best-known food experts take Maitre D’ Fred Sirieix to a city in the UK or abroad that is home to the restaurants where they most love to eat. There they share what they believe are the most unmissable food experiences the location has to offer, and explain why they are so extraordinary.

DRG is distributing the format and finished shows internationally.

The first two episodes – filmed pre-lockdown – feature TV chef Andi Oliver and food writer Rachel Khoo. Filming for the rest of the series, however, is currently on hold due to Covid-19

Catherine Catton, BBC head of commissioning, popular factual and factual entertainment said: “We are very pleased to be back with Fred as some of the nation’s favourite foodies open their little black books to reveal incredible restaurant destinations”

Laura Mansfield and Helen Veale, creative directors, added: “We are thrilled to be in production of a second season of Remarkable Places To Eat, which proved so popular with viewers the first time round.” 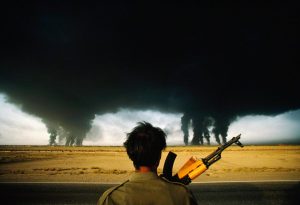 OR Media’s The Iran Iraq War (4 x 50-minutes) features newly discovered front-line archive footage and soldiers from both sides of the conflict telling their stories for the first time on television, while Evolution Media’s one-off special Burning Sky (1 x 50-minutes) is an in-depth look at the landmark nuclear tests in Bikini Atoll over 60 years on with never-before-seen declassified footage and testimony from witnesses finally able to speak freely about the top secret operation.

Chris Fletcher, Earth Touch director of sales and programming, commented: “Expanding our history slate has been a major objective for us this year but we are focused on curating quality programming over acquiring volume.

“Both these series were attractive for similar reasons – the Iran-Iraq War has never been covered properly before on television, mainly because of the problems accessing Iranian and Iraqi archive and conducting interviews with combatants and other participants.

“Likewise, Burning Sky is unique in that Evolution Media have secured exclusive access to recently de-classified footage and witness testimony, lifting the lid on a highly controversial operation that has been shrouded in secrecy for over 60 years.”