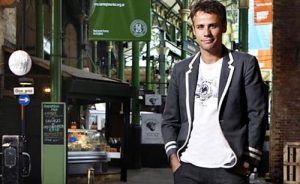 Bacon hosts a daily current affairs and interview show on BBC Radio 5 Live in the UK and has previously hosted gameshows and current affairs shows for domestic networks including ITV and BBC.

He has also fronted series for National Geographic Channel in the US and Top 30, the syndicated news show for Fox, as well as creating mystery gameshow format The Hustler for ABC.

Bacon said: “Everyone [at NBCU] is a massive joy to work with and we’re already having tremendous fun on a couple of projects. Can’t wait for more.”

“Richard’s extensive background as an entertainment and news host gives him even deeper understanding of what it means to create entertaining and timely programming that connects with audiences,” said Toby Gorman, president of Universal Television Alternative Studio. “We look forward to continuing our relationship with him and collaborating on original and compelling formats.”