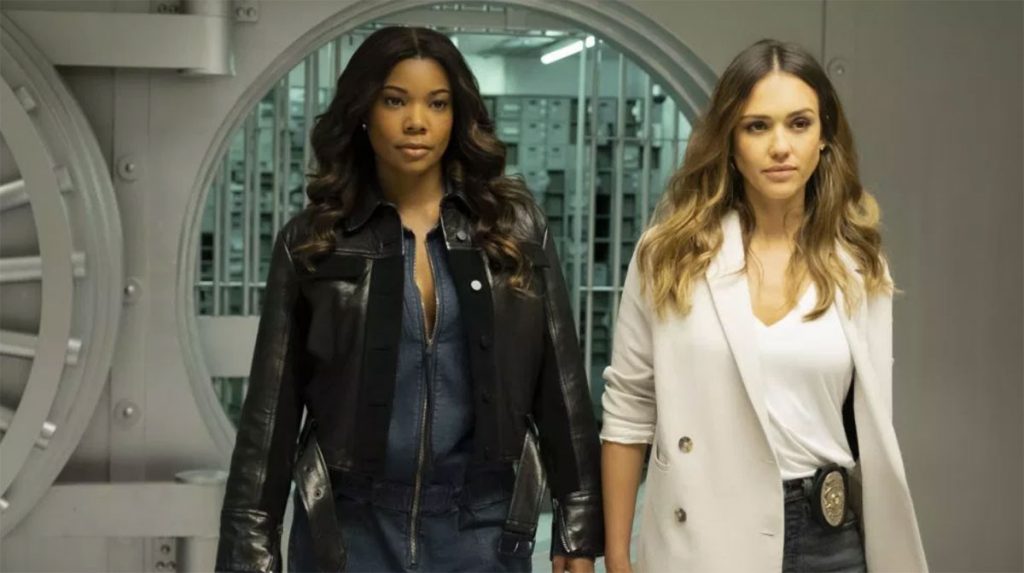 Fox in the US is attempting to avoid Covid-19’s impact on production by leading its fall slate with an acquired series and shows already produced.

LA’s Finest was the first original for cable company Charter Communications’ new on demand platform Spectrum, on which it debuted last year. It has now been picked up from Sony Pictures Television and slotted into Fox’s fall slate, airing on Mondays at 20.00.

The cop show, starring Gabrielle Union and Jessica Alba, was renewed into a second season by Spectrum last year. The series is produced by Jerry Bruckheimer Television and 2.0 Entertainment in association with SPT.

Meanwhile, the Kim Cattrall-starring drama Filthy Rich has been lined up to debut on Tuesdays. It was held back from the last cycle, meaning Fox can now air the show without any fears that Covid-19 will impact its production.

Fellow drama NeXt is similarly being ushered in early, with the show set to take a Monday primetime slot, following the network debut of LA’s Finest at 20.00.

The strategy means mid-season is set to have a raft of shows returning, including 9-1-1 and spin-off 9-1-1: Lone Star, as well as animations The great North and drama Call Me Kat.

Meanwhile the fall schedule will also include new episodes of MasterChef Junior and Cosmos, plus numerous animations including The Simpsons and Family Guy, which have largely avoided the production hiatus.

Hit reality show The Masked Singer is also pencilled in to return, although its production and airing will depend on the vagaries of Covid-19 and its ongoing impact.

Other returners include Hell’s Kitchen and Beat Shazam, but there have been no decisions made on its array of pilots, with the pandemic decimating the traditional cycles.

Charlie Collier, CEO at Fox Entertainment, said: “The effects of this global health crisis leave no business unaffected. As a media company that prides itself on an entrepreneurial spirit and the focus that comes with doing fewer things better, we mobilised, swiftly creating an entirely new, original-programming lineup for the fall to share with our partners this upfront.”