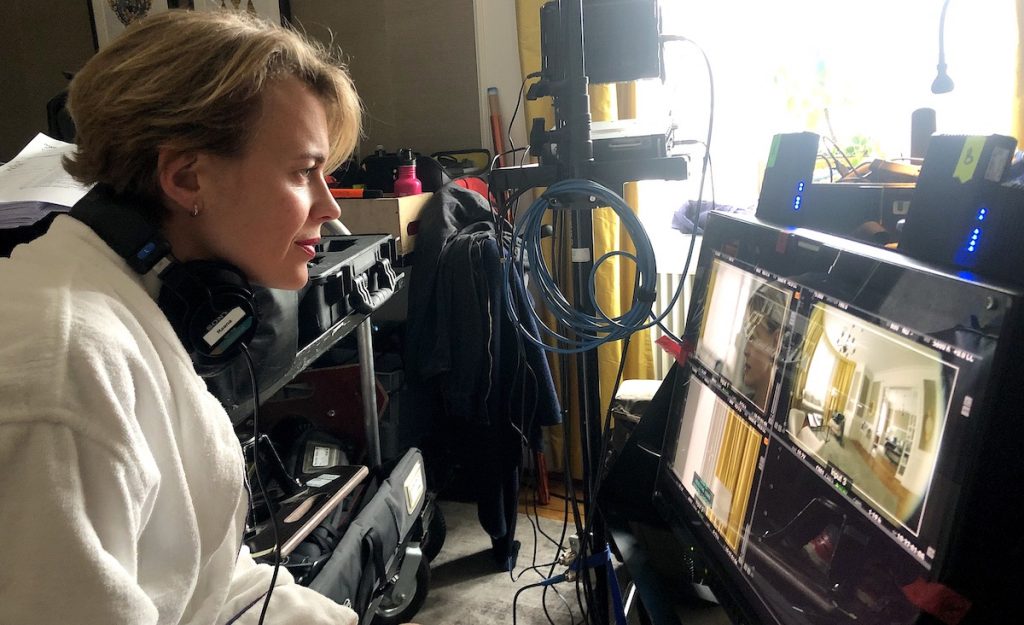 Orca, described as an “experimental Swedish drama”, has been created, written and directed by Josephine Bornebusch (Love Me) and will premiere exclusively across the Nordic region on Viaplay from the autumn.

Characters communicate with each other via their phones and screens, while actors and actresses will film their scenes one at a time with a minimal crew present.

Swedish talents including Johan Rheborg (Partisan), Gustav Lindh (Love Me) and Alba August (The Perfect Patient) will feature, alongside Andersson. The show is being produced by Sofie Palage at Warner Bros. International Television Production Sweden and filming started this week.

Filippa Wallestam, NENT Group chief content officer, said: “Social distancing is the story of our time, but behind the headlines lie millions of personal dramas being lived by people all over the world. Josephine Bornebusch’s latest Viaplay original dramatises some of the emotional impact of this extraordinary situation and asks what togetherness can mean when we’re apart.”

Bornebusch added: “We’ve moved incredibly quickly from idea to filming, and I’m so grateful to receive such trust from NENT Group, who gave the green light at record speed. I’m also delighted that so many gifted acting talents have chosen to take part in this project. I believe we can create something very special together.”

Rachel Khoo’s Simple Pleasures (8 x 30-minutes), produced by Hungry Gap Productions in co-production with Peas in a Pot, is for Food Network, as is Gok’s Easy Asian (8 x 30-minutes). It is from Sidney Street Productions and takes viewers into Gok’s London home as he prepares simple versions of Asian food classics, while

Restoring The Good Life (working title, 8 x 60-minutes), which is produced by Angel Eye for HGTV, explores upcycling while Countdown To I Do (5 x 30-minutes) revisits couples one year on from filming intimate wedding TLC YouTube show Countdown To I Do.

The drama will be broadcasted on BeIN in Middle East, on North Macedonia’s Sitel and Uzbekistan’s Milliy TV. The script rights of have also been sold to Eastwest Television Distribution, to be sold in Ukraine, Azerbaijan, Armenia, Belarus, Georgia, Kazakhistan, Krygyzstan, Moldova, Russia, Tajikistan, Turkmenistan and Uzbekistan.

The drama was aired on Turkey’s Star TV and is produced by Gold Film. It tells the story of two sisters, each with different dreams and separate lives.

Japan’s NHK has launched a documentary about the battle contain Covid-19 on a cruise ship.

Battle On The Cruise Ship explores how the virus spread aboard the Diamond Princess cruise ship, which docked in the Japanese port of Yokohama.

The special uses interviews with physicians and officials, as well as video shot on the ship, diaries, and internal documents, to analyse how the pandemic spread to more than 700 people onboard.

The show debuted on NHK on 3 May and became available via NHK’s World Japan VOD service from today.