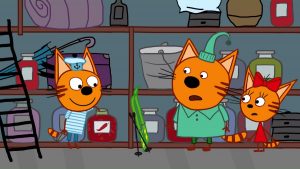 After already airing the first two seasons, Cartoonito has signed a new FTA deal for the third season, while Koch Films has GmbH has taken home video rights to season one and two.

Kid-E-Cats follows the adventures of three energetic kittens. The show is owned and managed by Russian broadcaster CTC Media and produced by Moscow-based Studio Metrafilms. It is distributed by APC Kids, the children’s entertainment division of APC Studios.

APC Kids MD Lionel Marty said: “Kid-E-Cats continues to gain momentum and charm broadcasters and audiences alike, now totalling over 30 free-to-air broadcaster partners on top of our presence on Nick Jr and Nickelodeon networks. We’re heartened to be continuing to secure deals for our shows and leveraging our strong international partnerships” 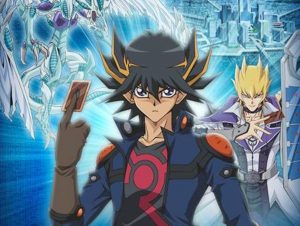 Mexico’s La Panaderîa Licensing & Marketing has been signed as a sub-agent in the country for the Yu-Gi-Oh! franchise in a deal that will expand its presence in the LatAm region.

“As the anime genre has consistently grown in popularity, the timing is right for the Yu-Gi-Oh! television series to return to broadcast and engage a new generation of fans throughout Latin America,” said Kristen Gray, SVP of operations, business and legal affairs for Konami Cross Media NY, Inc., which manages the Yu-Gi-Oh! brand outside of Asia.  “After a long absence in the region, we are pleased to be in partnership with key players such as Panadería, Televisa, and Citytv to extend the franchise’s reach throughout the region.”

Launching in 2015, YouTube Kids is a child-friendly version of the popular video service offering content and channels suitable – and of interest to – youngsters under the age of 13.

Freesat MD Alistair Thom said: “Having worked with YouTube for some years, we’re thrilled to extend the relationship by welcoming YouTube Kids to the Freesat platform.

“In addition to expanding even further the range of content on offer, this launch seems especially relevant at a moment when so many parents are juggling the demands of keeping their children entertained and educated with their own work.”