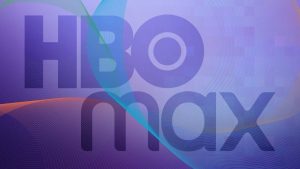 US media giant WarnerMedia is set to roll out new streamer HBO Max into Latin America after completing a deal to take full control of all HBO-branded services in the region.

WarnerMedia has acquired local multimedia company Ole Communications’ minority stakes in HBO Ole Partners and HBO Brasil Partners, handing the US operator 100% ownership of all HBO, Cinemax and HBO Go services across Lat Am and the Caribbean.

They will now fall under the purview of Gerhard Zeiler, chief revenue officer at WarnerMedia and president of WarnerMedia International Networks. The two companies will, however, continue their basic channel distribution business in the Lat Am region.

Zeiler said the deal would “allow us to fully realise the potential of a combined WarnerMedia in Latin America, creating more value for fans, business partners and content creators.”

He added that “first and foremost”, the company would be launching localised versions of the HBO Max streaming service throughout the region.

“Nearly 30 years ago, Ole partnered with HBO to build one of the leading pay-television platforms in Latin America,” said Enrique Cusco, president and CEO of Ole Communications. “HBO was an ideal partner and I’m grateful to all the people that worked with us to create HBO Latin America. I’m also proud of the significant role Ole and everyone on the HBO Latin America management team played in what we achieved together.”

WarnerMedia and Ole Communications founded the HBO Ole Partners joint venture in 1991 and launched a Spanish-language HBO-branded premium channel that same year. In 1994, a Portuguese-language service was launched in Brazil.

AT&T-owned WarnerMedia revealed earlier this year it is to launch HBO Max in the US on 27 May, while execs have long pointed to Lat Am as the next destination for the heavyweight streamer. A European roll-out will be trickier because of a series of existing service and output deals, while the company also struck a co-production pact with Comcast-owned Sky last year, as revealed by TBI.

In related news, WarnerMedia has also secured another four new partners in Taiwan for the distribution of HBO Go, with its regional streaming service now available to subscribers of Kbro, TWM Broadband, Cable-Giant CATV and Pingnan CATV.

“These partnerships are significant and build on our long-standing relationship with Kbro, one of the leading cable TV, broadband and media companies in Taiwan,” said Clement Schwebig, MD of WarnerMedia Entertainment networks an sales, Southeast Asia, Pacific and China.

The news comes soon after the announcement that WarnerMedia and Kbro had partnered to develop the HBO Asia Original series Workers, which is scheduled to premiere on HBO Go later this month. The series was produced in association with Kbro Media, HIM International Music and DaMou Entertainment.