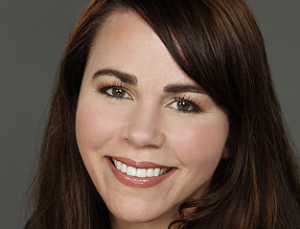 Taking over from Carmi Zlotnik, who departed the role earlier this year to join Apple TV, Davis will be responsible for leading the programming and development team for the Lionsgate-owned service and delivering content for women and diverse audiences worldwide.

In her 11 years as EVP of drama series development at CBS Entertainment, Davis helped to develop the CSI and NCIS crime franchises and worked on shows including The Good Wife, Elementary and Blue Bloods.

Davis started out as an assistant in the CBS drama series department in 1997 and spent nearly 20 years rising through the ranks in both development and current series at the company.

Following her departure in 2017, she co-founded TV prodco Maniac Productions, with writer-producer Michael Seitzman, based at ABC Studios.

Jeffrey Hirsch, president and CEO of Starz, said: “Christina has established an impressive track record in developing successful, quality drama series and building lasting, fruitful relationships within the creative community which I believe will allow us to fully execute on the creative vision we have set for Starz.

“She is a welcome addition to the leadership team and we look forward to bringing her talent and experience to bear in producing best in class, premium content that will resonate with audiences and continue to elevate the platform around the world.”

Davis added: “This is a company I greatly admire for its critically acclaimed series, as well as the way Jeff has led the growth of its global audience, through both traditional linear television and the rapid expansion of the Starz App.”