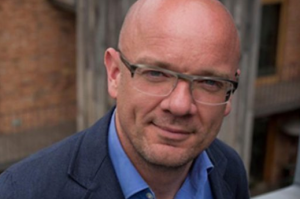 BBC Two controller Patrick Holland has said the UK broadcaster is “not immune” to the impact of Covid-19 on its programming, after it emerged that the organisation will have to shave a further £125m ($140m) from budgets this year.

Staff will be invited to work part-time or take unpaid leave during the lockdown to deal with the latest round of cuts, while non-essential hiring has been frozen and senior staff face a pay freeze until August 2021.

BBC chief Tony Hall said the decision to delay cutting 450 jobs because of Coronavirus was part of the reason for the shortfall, while the impact of being unable to sell delayed productions via commercial arm BBC Studios is set to hit its contribution to its parent pubcaster.

Holland, speaking via the online controller session organised by the Edinburgh TV Festival, said the broadcaster could not avoid the effects of the virus on the industry “or what it means for society.”

There has been no official word on programming, but the broadcaster said yesterday it would have to “think hard about every pound” it commits to content.

Queuing up for quiz

The BBC Two controller also used the online discussion to point to the soaring ratings for his channel, with shows such as Race Across The World “growing and growing throughout the crisis.”

Holland added that the performance of its Monday evening line-up of quizzes had been “extraordinary”, with University Challenge and Mastermind attracting the highest numbers for a decade. He added that further quiz formats would be considered to sate the “huge public appetite” but added that delivering the right show remained “really, really tough.”

Holland also repeated comments from UK channel controllers around the feasability of recommencing drama production in the near-term – suggesting he was looking not just “a year from hence but 18 months” into the future – and said travel remained a key genre for BBC Two, but said there could be more UK focus with current restrictions. 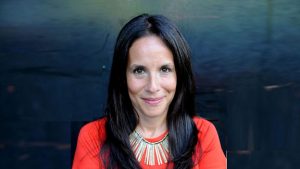 Meanwhile Alison Kirkham, controller of factual commissioning, said she had seen around 100 productions halted as a result of the pandemic but that that the situation was now becoming clearer regarding commissioning.

“Things have settled down more now and we’re getting to the stage where we are making programmes again such as Hospital, which is filming as we speak and which will focus on Corona. I am optimistic that as we continue these conversations we can commission and film more.”

Kirkham added that she “definitely” wants more factual entertainment formats to be pitched and was “open to using familiar talent or perhaps using it on new formats” to bridge the challenge of enticing viewers to fresh IP.

Holland added factual would be “at the forefront” of the BBC’s offering and pointed to shows such as Bake Off, which emerged following the 2008 financial crisis.

“Factual entertainment and [shows offering] escapism and which bring people together” would be key, he said, adding that series would be required “not just about Covid-19 but also about the world that it leaves behind.”