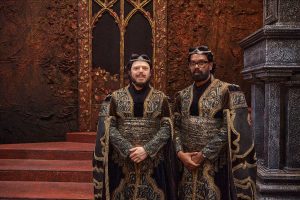 Sky picks up second run of Rob & Romesh Vs

Sky One and Now TV in the UK have commissioned the Red Arrow Studios-owned prodco CPL Productions to make a second season of comedy series Rob & Romesh Vs.

The new four-part run will start on 5 May and follow British comedians Rob Beckett and Romesh Ranganathan as their “love-hate relationship is pushed to its limit.”

The duo will try their best to tackle three subjects they know absolutely nothing about – basketball, cricket and ballet – meeting famous sports stars and dancers along the way.

Ranganathan says: “If you’re keen to see two men set fire to their own dignity for the sake of a Sky One show, you’re going to absolutely love this series”, while Beckett adds: ‘In this series Romesh gets a colonic irrigation and a whole button mushroom is released. There’s nothing more I can say to make you watch this show.” 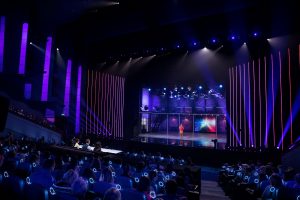 The programme, which was produced by TV personality and record executive Simon Cowell’s outfit Syco, was hosted by music stars Alesha Dixon and Jordan Banjo and aired on BBC One in the UK.

The second – and now final – series ended last month and attracted an average of 3.2 million viewers per episode.

A BBC spokesperson said: “Whilst there are no plans for a further series of The Greatest Dancer, we are proud of the show and would like to thank everyone involved in bringing so many memorable moments to BBC One.”

However, The Greatest Dancer format is still due to be remade in China as The Magnificent Dancer for Dragon TV, following a deal with Syco and distributors Fremantle earlier this year. 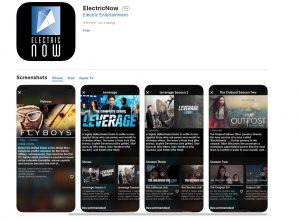 LA-based production and distribution company Electric Entertainment has launched a new OTT app – Electric Now – in the US.

The app includes both a linear and on-demand streaming video channel that will include all of Electric Entertainment’s TV series and feature films, including fantasy-adventures The Outpost and The Librarians, comedy drama Leverage and crime drama Almost Paradise.

Electric Entertainment partnered with white label streaming video service OTTera to create and maintain the app, which will be available on multiple platforms, including smartphones, tablets and smart TVs in the US exclusively.

Most of the app’s content will be advertising supported and offered to viewers free of charge, but the app will also house a transactional section where viewers can purchase shows to watch without commercial interruption.

The ad-supported Electric Now channel, which launched in 2019, will continue to be available on multiple platforms including Stirr and XUMO.

Dean Devlin, CEO of Electric Entertainment, said: “For a long time, we have wanted to create a hub where we could aggregate all our various fan bases from Leverage, The Librarians, The Outpost, Almost Paradise and all of our podcast subscribers into a single space. This will be a one-stop-shop to find all the content we make and distribute.” 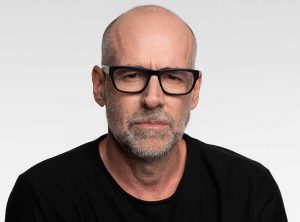 No Mercy, No Malice With Professor Scott Galloway will premiere on 7 May and feature the author, tech entrepreneur and NYU business professor as he “pulls back the curtain on the decisions and players driving the economy.”

“Out of every crisis, voices emerge from unlikely places to help us understand how we can build a better future— I am not one of those voices,” says Galloway. “However, we aim to speak truth to power and deliver a data-driven, unfiltered look at today’s business news and the forces shaping society.”

Global VOD service CuriosityStream has added more than 60 hours of factual content thanks to a deal with UK distributor DCD Rights.

The agreement includes 45 of Open University programming including history series Empire Of The Tsars: Romanov Russia With Lucy Worsley, Genius Of The Ancient World and Pain, Pus And Poison, as well as educational titles such as The Story Of Maths, Magic Numbers: Hannah Fry’s Mysterious World Of Maths and Secrets Of The Universe.

Nicky Davies Williams, CEO at DCD Rights, said, “We are pleased to have secured this multiple hour package deal with CuriosityStream.  Right now, many of us, including parents with children, are at home for an extended period and are looking for different ways to discover new stories and learn new skills.

“We are delighted that The Open University, as well as the many other factual producers we represent, are able to come to the rescue and offer illuminating, engaging and ultimately entertaining series to complement schedules for all types of platforms around the world.”