Endemol Shine Group (ESG) has expanded its direct-to-consumer activities with new drama-focused AVOD channel launches in the US and Germany, offering hits such as Peaky Blinders and The Hour.

ESG’s Sterling Drama channel is being launched in the US via Samsung’s TV Plus service and will offer shows from its 68,000-hour catalogue including Robert Carlyle fronted mystery drama Hamish Macbeth, Ben Whishaw-starring The Hour, and historical scripted series The Mill.

ESG, which rolled out the service in the US last week, is also planning to launch a ‘Deal Or No Deal‘ channel, which will showcase the US version of the gameshow hosted by Howie Mandel. 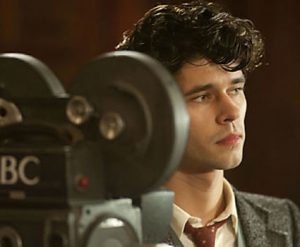 The production and distribution giant, which is in the midst of being acquired by Banijay Group, has also launched fellow scripted drama channel Der Serienkanal in Germany.

It will offer series including Peaky Blinders, Real Humans and Gracepoint to viewers in the country via the Samsung service.

The launches underline AVOD’s potential for IP owners, enabling them to monetise their extensive content libraries rather than selling exclusive rights to networks or streamers.

Late last year, ESG rolled out three genre-based channels on Samsung’s TV Plus service in the UK, in addition to channels launched across Europe including in France, Italy and Spain. ESG works with online distribution and advertising firm Wurl on the Samsung networks.

Samsung TV Plus, first launched in 2016, provides free TV to viewers across genres including news, sports and entertainment, and is pre-installed.

Kasia Jablonska, head of digital distribution & monetisation at ESG, said: “We are very pleased to expend this strategic partnership with Samsung TV into new markets, which is a testament to both strength of Endemol Shine’s catalogue and Samsung TV’s position in OTT market.”