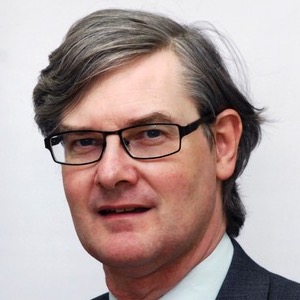 The latest installment of TBI’s ongoing coverage around the impact of Covid-19 on the global content business is from Julian Wilkins, IP & media solicitor at Smithfield Partners, who breaks down how the ‘force majeure’ clause can become a lifeline for producers

The Covid-19 pandemic has had a catastrophic effect on the world. TV and film industries are no less immune, from the cancellation or postponement of sporting events such as the Olympics, Formula One and Premiers League football, to a major shut-down of most film and TV productions.

The commercial effects are immense with production companies not able to meet contractual obligations and risking substantial breach of contract claims. Their saving grace is if their contract contains an effective ‘force majeure’ clause.

What is a force majeure clause?

Under UK law, force majeure is an express contractual clause that prevents a party being liable in circumstances where an event beyond their reasonable control has occurred. Additionally, it means the affected party’s ability to perform their obligations has been prevented, impeded or hindered by the event – and the affected party must have taken all reasonable steps to seek to avoid or mitigate the event or its consequences.

A force majeure clause cannot be implied into a contract; its provision must be specifically agreed by the contracting parties and included as an express term in the agreement.

Is Covid-19 automatically covered by a force majeure clause?

Not necessarily, as the nature and effect of the clause depends upon the specific wording – some may not refer to pandemic or epidemic. However, most clauses use generic language to cover Covid-19 like Act of God, action by the government or something outside the reasonable control of the party affected.

Further, you will have to demonstrate that Covid-19 or its consequence has prevented, impeded or hindered the contract. Whilst Covid-19 or its consequence may cause some disruption or add costs, that is insufficient to successfully invoke a force majeure clause. The intervening event has to prevent or delay contractual performance after allowing for reasonable steps to avoid or mitigate events.

What are reasonable steps to avoid or mitigate the event or its consequences?

This depends upon the relevant facts – sometimes little or nothing can be done to avoid the effects of an event outside your control. Certain aspects of a production can still safely continue, or equipment, facilities and materials can be sourced elsewhere. You need to produce evidence of the reasonable steps, if any, you have attempted to mitigate the problem.

What is the effect of applying a force majeure clause?

The contract may terminate and neither party is liable for fulfilling their contractual obligations: this could apply where it is difficult to reschedule shooting due to unavailability of studio space or cast. Alternatively, it could mean resuming activities later, such as with Premier League football. Even if the overall production is delayed or postponed, ensure that if any part of the production schedule can meanwhile continue, despite the current disruption, then – where practical – take steps to do so to minimise long term delays.

What if no force majeure clause exists or the clause appears insufficient?

Depending on circumstances, you may rely on the common law doctrine of frustration provided an event is neither parties’ fault and the event occurs after the contract’s formation. Also, it cannot have been foreseen by the parties and it must become physically or commercially impossible to fulfil the contract or significantly transforms the original obligations. The contract will automatically end with neither party being bound to fulfil their future commitments. Frustration sets a higher bar than force majeure as the intervening event has to be fundamental to the contract’s performance. With force majeure, it may not be possible to perform the contract now but could do so once the obstacle has gone away.

Alternatively, the parties may attempt to renegotiate terms although there is no obligation to do so; however, check that any dispute resolution clause allows for negotiation or mediation should a problem about contract performance arises – the parties have a mutual interest to conclude a production if possible.

Where possible check existing contracts to see they sufficiently cover Covid-19 and work with other contracting parties about making suitable amendments.

How do force majeure rules vary in different jurisdictions?

If the contract is governed by a different legal jurisdiction, force majeure protection may be provided by legislation even if the contract is silent, whereas in the UK you need an expressly incorporated term in the agreement.

For example, in the Netherlands, the Dutch Civil Code refers to a party wanting to rely upon force majeure principles has to prove the reason for not performing the contract is not attributable to their fault. In France, the courts will interpret the purpose of the agreement and decide what is an appropriate outcome ranging from cancellation of the contract, including refunds of monies for goods or services not delivered, or if the force majeure event only causes delay then suspend the contract until practical to perform.

In China, the government is issuing certificates declaring Covid-19 as a force majeure event. However, a word of caution: the certificate will still have to be considered in the context of the actual contract. If the contract is between English and Chinese companies and governed by English law, the agreed terms of the contract on force majeure (if any) will prevail.

Julian Wilkins is an IP and media solicitor at Smithfield Partners; associate mediator and arbitrator (Member of the Chartered Institute of Arbitrators) member of Q Chambers. He guest lectures at the University of Reading and IFS, Cologne. He also contributes to the EU Audiovisual Observatory and edits the ITN 1955 Club Newsletter.