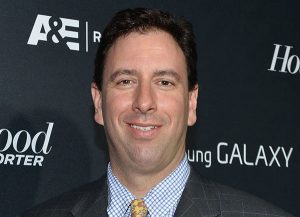 Micelli arrived at eOne in 2018 after being hired by Mark Gordon, the former president & chief content officer who was appointed as part of changes that saw John Morayniss depart the business.

However, Gordon – who was behind shows such as Grey’s Anatomy, Criminal Minds, Ray Donovan and Quantico – stepped down from the role after just 18 months in July to move to a production deal.

Former CAA agent Micelli had remained in his position until yesterday, when a memo to staff announced his departure.

At eOne, he had taken on what was a newly created role overseeing the firm’s TV and digital content businesses, including setting strategy. That role could be phased out, according to reports, following Power Rangers owner Hasbro’s shock $3.8bn deal (£2.9bn) for eOne.

As part of the acquisition, Darren Throop, eOne’s president and CEO, now reports to Brian Goldner, Hasbro’s chairman and CEO. Elsewhere, eOne’s president of family & brands Olivier Dumont will also move to Hasbro, along with former DreamWorks Animation exec Steve Bertram, who heads up film & TV for the Canadian firm, and music president Chris Taylor. All three report to Throop.

The acquisition sees the US play and entertainment brand – which is the parent company of labels such as My Little Pony and Transformers – adding eOne’s global brands such as Peppa Pig and PJ Masks to its portfolio, along with an extensive film and TV business that includes TV titles such as Sharp Objects, Deputy and The Rookie.

eOne also owns an array of production interests, including The Mark Gordon Company and a fast-growing unscripted portfolio. Last year, it took stakes in UK outfit Daisybeck Studios and US-based Blackfin, the latter deal struck just weeks after the Hasbro deal was announced. Other prodcos under the eOne masthead include Creature Films, Marwar Junction Productions and Fired Up Films.