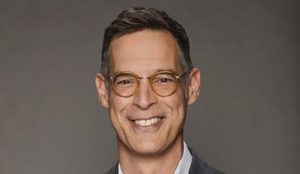 WarnerMedia has appointed the president of Disney’s US cablenet Freeform to head up the global kids, young adults and classics division of Warner Bros.

Tom Ascheim will oversee Adult Swim, Cartoon Network and Boomerang, as well as LA-based Warner Bros. Animation and the TCM channel. Shows under his remit are sold around the world while WarnerMedia said his channels reach more than 500 million homes.

He takes on some of the responsibilities held by Christina Miller, who left as president of Cartoon Network, Adult Swim, TCM and Boomerang in late 2019.

Ascheim starts on 1 July, shortly after the planned launch of WarnerMedia streamer HBO Max. He reports into former BBC Studios exec Ann Sarnoff, who became CEO and chair at Warner Bros. last year, with his exit from Disney-owned Freeform coming after six years at the network.

He joined when it was ABC Family in 2013 and was behind show such as Grown-ish and Motherland: Fort Salem, which debuted earlier this year. Prior to that he was general manager at Nickelodeon, where he worked with Sarnoff.

The Warner Bros. chief said: “He is an excellent executive and collaborative leader with an impressive track record and deep experience in the kids and young adult worlds. I had the benefit of seeing Tom’s skills firsthand when we were at Nickelodeon and really look forward to working with him again.”

He added: “I’ve been watching their work since I was a child, and it’s thrilling to be part of such a storied group. I’m equally excited to be working again with Ann Sarnoff, who remains one of the best people I’ve ever had the privilege to work with.”