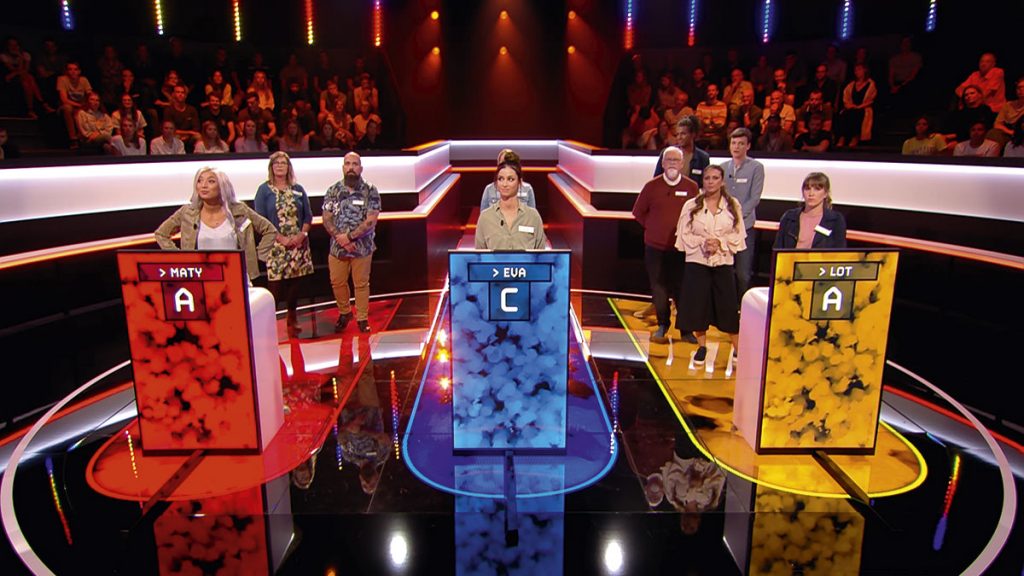 Not so much a brand new format as a refreshed idea for contemporary audiences, this show plays on our prejudices and assumptions. It has been almost two decades since the quizzer first aired and after a successful run spanning 2001-2007, it is now being relaunched for new buyers.

The premise sees 16 players compete over 13 episodes, with one eliminated each week. For each question, the three lowest ranking contestants take to the podiums to answer while the rest try to correctly predict who will get the answer right. If the player answers correctly, their points are divided by all those fellow contestants who selected them.

The finale of is played by the final four candidates who have the most points. Only then is the prize money revealed – the annual income of the highest earning contestant.

“The basic core of this show is, of course, a quiz, but with the unique [features] that bring in elements of social experiment programmes,” says Ed Louwerse, co-founder of format distributor Lineup Industries.

“As a viewer or as a contestant, our prejudices are constantly being challenged in a fun and engaging quiz. Will the hairdresser know anything about the last team to win the World Cup? Is the pilot really the richest person playing this game?”

The relaunched series has already proven popular – when the first episode aired on VRT1 earlier in March, it took almost 40% of the audience share.

“When you bring back a show it’s because fundamentally the game hasn’t aged,” says Louwerse. “In 1 Year Off, the game structure works and the other key element is the casting. Get the casting right and game structure looks after the rest.”

He explains: “Most formats that have been successful the second time around have not needed any kind of significant update. One has to resist the urge to add an awkward social media element for the sake of it. They work because fundamentally they are entertaining and trigger emotions in people, plus there is an element of nostalgia for the older viewers.

“In 1 Year Off there have really just been cosmetic changes, it’s faster, visually a lot richer and more colourful, but in its core very much the same game.”