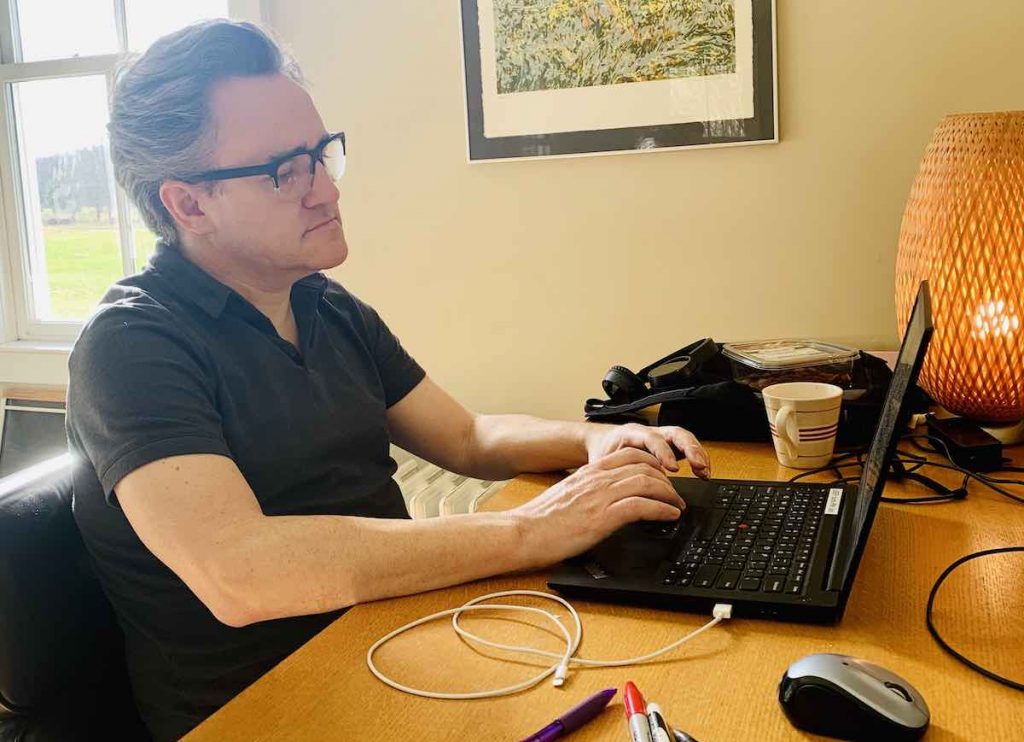 I am writing this from the Hudson Valley in upstate New York, two hours north of what was until recently my home and Lion TV’s US headquarters – New York City. It will be both of those things again soon I’m sure, but for now I can only think of the city in the context of the now familiar and foreboding phrase ‘the epicenter of Covid 19 in the US.’

It’s impossible to escape the broader context of the pandemic’s impact and consequences whether you’re in New York or Nebraska. But I have found some relief and not just through the steady diet of full, firm bodied reds I’ve been self-medicating with. The thing that has impressed me most – and I know many others on both the network and production side feel the same way – is the way our teams have adapted to a whole new of working despite the daily changing landscape.

On the network side, most people seem to be working overtime to keep current and long-term plans moving while simultaneously exploring all or any ideas that could be made while the virus has us in its indefinite, senses-impairing clutches. Clear and consistent programming strategy isn’t necessarily every network’s strongest suit, even in the best of times. And yet in this uncertain and fearful moment we’re getting a real sense of focus, purpose and collaboration as we all fumble for a plan with so little to go on.

For our side – the production side – a lot of the same is true. My team, and again I know it’s the same for all our peers, have adapted without complaint or issue to this new operating model. Video conference after video conference, lagging VPNS, remote edits… everything’s different. But fine, in some ways better, and they’re just getting on with it. And then there are the unintended consequences. I’m a lot more familiar with my colleagues interior design choices; I’m getting to know their kids so much better thanks to the constant (and welcome) Zoom interruptions.

So, while this predicament is bringing out the very best in almost everyone, there is of course a notable, obvious exception – we know there are so many people suffering, physically of course but also financially. So far we haven’t had to make cuts to our core overhead, but we have had to let go, furlough or push contracts for tens of freelancers. Even then I’ve been amazed by the grace and professionalism that this news is digested. It’s inspiring and admirable stuff from the community that is getting hit hardest and soonest by the fall out.

And, so while all the creative and production contortions producers are trying to pull off are notable, it’s important to remember that there remains one simple goal. Keep the business running, keep people employed and pay checks going out to the wider production community.

It was against this backdrop that an email popped into my inbox late last week. It was from a network executive who we had been developing a documentary series with for months. The end was inevitable it seemed to me and I’d been expecting the pass email for some time now. I opened it and to my great surprise the network had greenlit the series. Four hours for delivery for the fourth quarter of 2020 to fill holes they had in the schedule. Amazing. Surprising. Shocking. But what made it all more surprising is the series will be shot entirely on location… in China.

Apparently, things are returning to some kind of normal over there. And while so much could still happen to put the show in jeopardy again there is come confidence over there that filming, of some kind, could be possible this summer. A glimmer of hope professionally, but more importantly light at the end of the corona shaped tunnel for us all.

Final thought. It would be great if the leaders of our industry on the network side spoke out and took the lead in this difficult time. I’m not talking about VP, SVP, presidents or even general managers. I mean the corporate leaders, the ones in charge of the sprawling conglomerates that dominate the sector.

The UK has announced a bailout package for freelancers – its government mandated and paid for but I believe had the vocal support of many industry leaders. We need those with real power and influence to give voice to the concerns not just of their employees and shareholders but all their stakeholders – and that means the wider production community, freelancers included. I realise there’s no simple solution or unlimited amounts of cash, but let’s at least give voice to the concerns and work together to provide relief, support and guidance for all.