Sony Pictures Television (SPT) has unveiled plans to create a digital screening experience for clients around the globe as an alternative to the studio’s traditional LA Screenings.

SPT – along with Disney, NBCUniversal, ViacomCBS and Warner Bros. – cancelled this year’s edition of the annual US sales event earlier this month as the Covid-19 pandemic spread around the world.

The studio has now launched the Sony Pictures 2020 Screenings, which will be made available to clients in May and showcase its slate of new content via a virtual and on-demand screening experience. This will be “complemented by localised activities in select markets,” Sony said, adding that further details will be announced in the coming weeks. 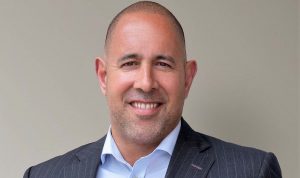 “This will be a novel way to showcase our upcoming television and movie slates,” said Keith Le Goy, president of distribution and networks for SPT.

“As we go through these unprecedented times, the value of great content in providing joy, laughter and escape to people around the world has perhaps never been greater. We – and our creators and talent – are proud to present our amazing content to our global customers.”

Content to be featured in the digital screening includes trailers and full-length episodes, as well as information about the series from executive producers.

Global series include the Sara Pascoe comedy Out Of Her Mind, historical drama Angel Of Hamburg and the Aiden Turner and Freddie Highmore murder mystery drama centered around the elusive artist and genius, Leonardo.

Sony’s event is the latest example of distributors moving online to push their product, with companies such as Armoza Formats and Red Arrow Studios unveiling similar events.

The events calendar, which has been wiped out by the Covid-19 restrictions on movement, has also seen programming move onto online portals, including Series Mania, which is taking place this week.

Reed Midem has also revealed plans for its online offerings to replace MIPTV, which had been due to take place next week.

Sony was among the first to react to the Covid-19 pandemic in Europe, closing its offices in the UK, France and Poland in early March.