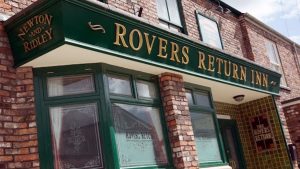 UK broadcaster ITV is planning to reduce its programme budget by at least £100m ($115m) as the global entertainment industry continues to reel from the impact of the Coronavirus pandemic.

In a trading update released today, ITV said it had made the cuts having “reviewed our programming spend in light of the weaker advertising environment.”

The statement added: “This reflects savings from sport including the postponement of Euro 2020, the late delivery of commissioned programming and active decisions to reduce our spend. We have also taken steps to reduce discretionary spending by £20m in 2020.”

The cuts come amid news that production on long-running ITV soaps Emmerdale and Coronation Street was being suspended immediately. However, both will continue to air for several weeks to come as shows in the can make it onto air.

“We’ve been doing our best to carry on filming, whilst adhering to the Government’s latest health guidelines, to ensure we’ve episodes of both soaps airing on ITV until at least the early summer,” said the broadcaster.

“However, the health and well-being of the production teams, actors, crew and their families is of paramount importance to us and we now feel that the time has come to stop filming.”

Daytime shows Lorraine and Loose Women have also been shut down with immediate effect, with Good Morning Britain and This Morning being extended by an hour to fill the gap.

There is, however, one piece of good news coming out of ITV today, with its variety show Ant & Dec’s Saturday Night Takeaway attracting the largest-ever viewing figures of its 16 season run.

The show also gained the UK’s biggest overnight audience on any channel so far in 2020. Its 21 March broadcast saw an average of 9.5 million viewers, representing almost half (45%) of all TV viewers.

Overall, the 9.5 million average viewers was up on the series average by 39% (an increase of 2.7 million viewers).