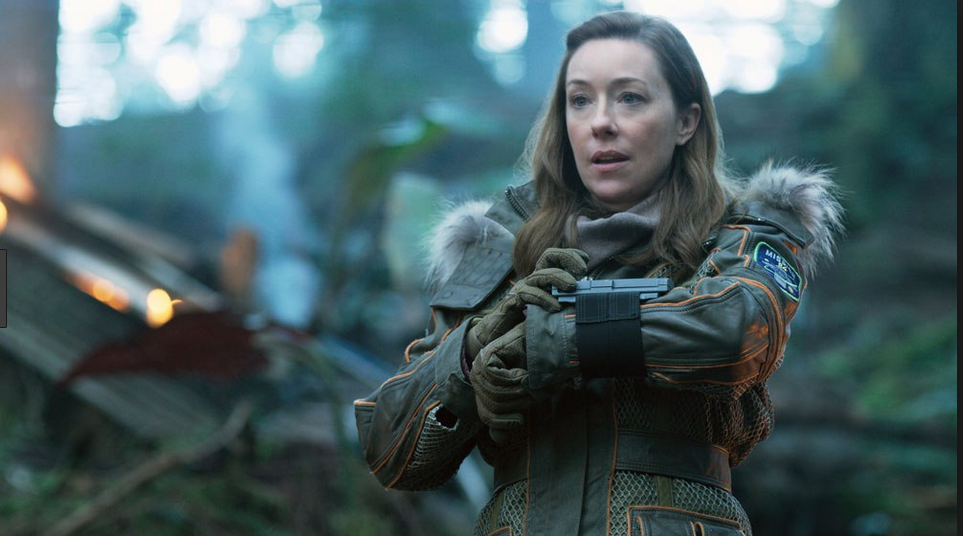 Netflix has signed an overall deal with Lost In Space showrunner Zack Estrin having renewed the sci-fi series for a third and final season.

Lost In Space is an updated version of the classic 1960s show, produced by Legendary Television as a Netflix Original. Its final season is expected to premiere next year.

The series follows the spacefaring adventures of the Robinson family, which Estrin said would come to a natural conclusion.

“From the beginning, we’ve always viewed this particular story of the Robinsons as a trilogy,” he said, adding that it is a “three-part epic family adventure with a clear beginning, middle and end.”

“It’s also worth noting that, with what these characters go through just trying to survive each episode — if anyone deserves to catch their breath before their next mission — it’s Will, Penny, Judy, Maureen, John, Don West, Dr. Smith and the Robot. And, of course, Debbie the Chicken.

“So while this chapter of Lost In Space is coming to a rousing conclusion, I’m excited about continuing to explore new stories with my friends at Netflix, and for all of the incredible possibilities that lie ahead.”

Ted Biaselli, director of original series at Netflix, added: “We are so thrilled to share more adventures of the Robinson family and see their journey through to what is sure to be an epic finale.

“We’re especially thankful to Zack Estrin, Matt Sazama, Burk Sharpless, Kevin Burns and Jon Jashni for helming Lost in Space, which has brought viewers a premium action-packed and visually spectacular series that the whole family can enjoy together, and we can’t wait for our family audiences to see where season three will lead.”

Unscripted weekly series, J-Style Trip, is being produced by Star Plus Group and will launch on 21 March, with new episodes available every Saturday.

The show will follow Chou, who has appeared in films including The Green Hornet and Now You See Me 2, as he travels the world, performing tricks alongside co-hosts Funky Tu, Norman Chen and Will Tsai.

Chou will meet special celebrity guests along the way, including JJ Lin, Jam Hsiao and Nicholas Tse as he travels to eight destinations across three continents, including the Gold Coast in Australia, Innsbruck in Austria, Paris, Singapore, Tokyo, Shenzhen, Taipei and Vienna.