The newly-created role will see Chugani charged with the division’s financial strategy, working with Discovery’s DTC teams across the US and international markets.

He joins from Google, where he had been since 2015. He was most recently CFO for the business in Europe, Middle East and Africa, where his remit included oversight of YouTube.

Rugani will report to Discovery CFO Gunnar Wiedenfels, who said: “Neil is a highly respected digital finance leader, whose experience and skills will help us further accelerate our strategic pivot as we make our great content and brands available to our passionate fans across all platforms around the world.”

He will also work closely with global DTC CEO Peter Faricy, who added: “We are thrilled to add another world-class executive to Discovery’s growing direct-to-consumer organisation. Neil has a strong track record of strong and successful business growth in the tech and media sectors, and we look forward to working with him as Discovery continues to invest in expanding our global direct-to-consumer offerings.” 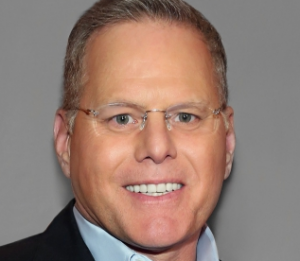 This is the latest hire in the division following the appointment of Hulu’s Lisa Holme as group senior vice president, content and commercial strategy, direct-to-consumer.

It also follows comments from Discovery CEO David Zaslav, who said his company is looking seriously at the possibility of aggregating its content assets into a single OTT streaming service.

During the company’s fourth quarter results last month, Zaslav said Discovery’s management was continuing to “evaluate the possibility of offering an aggregated platform of all of our channels, brands and personalities” as an alternative to developing “superfan silos” based around specific interest areas.

Discovery has been expanding its streaming offerings over the past 12 months, most notably striking a mega deal for BBC Studios’ natural history content that will be used for a global streamer set to launch later this year.

It is behind US service Food Network Kitchen and has partnered with ProSieben to launch Joyn in Germany and unveiled plans to create a streaming platform with pay-TV operator Cyfrowy Polsat. The factual operator is also planning to launch a streamer named ‘D Plus’ in India later this year, as revealed by TBI.