Pernel Media takes Attila the Hun special to Science Channel in US, France 5 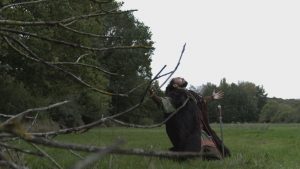 In the Footsteps Of Attila The Hun

Science Channel in the US has commissioned a two-hour special about Attila the Hun, which is being co-produced with France 5.

In the Footsteps Of Attila The Hun is being produced by France’s Pernel Media, with founder Samuel Kissous attached as exec producer.

The show, which debuts in the US on 22 March at 20.00 ET/PT, will delve into the history of warrior Attila and his violent tribe of nomad warriors known as The Huns, who threatened the existence of the Roman Empire during the 5th Century.

The programme will explore who the Huns were and how they were able to take on the most powerful empire in history using new archeological evidence uncovered from Attila’s lost tomb.

The show marks the second Franco/US co-production for Pernel, which is working on Secrets Of The Pyramid Builders for Canal+ and Smithsonian Channel.