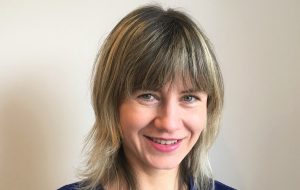 Bareta, a former senior sales manager at Fox Networks Group Content Distribution, had been consulting with ProgramBuyer but will now take up a full-time role driving both distribution and buyer numbers.

She joins co-founders Roz Parker and Edwina Thring at ProgramBuyer, which the duo set up last year. The service claims to have 800 buyers onboard and offers in excess of 75,000 hours of content from more than 120 distributors, including A+E Networks, Kanal D International, Beyond Distribution and CTC Media in Russia.

Last summer, ProgramBuyer announced a first round of investment from Great Point, via its Great Point Ventures Fund. An expected second round has just been confirmed. 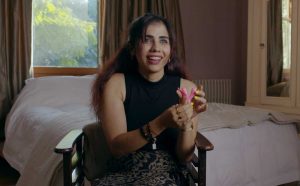 How To Have A Better Orgasm

TV2 in Denmark, Sweden’s SVT, DPG Media in Belgium and NRK Norway have picked up one-off documentary How To Have A Better Orgasm.

The show, sold by UK-based factual distributor Silverlining, is from Knickerbockerglory and is described as “a stylishly shot, frank look at the complexities of the female climax, featuring a cast of eight diverse women, sharing their innermost secrets.”

The one-hour documentary will debut on Channel 5 on Thursday in the UK and has also been acquired by SBS in Australia.

“We had intense interest in this title at MIPCOM, particularly from European channels,” says Samantha Sintes, global content sales exec for Silverlining. “Once the programme delivered the offers rolled in – Knickerbockerglory have really succeeded in turning a sensitive subject into a thought-provoking but entertaining piece of television.”

Streaming service Starzplay has picked up rights to MRC Television’s drama The Great in Europe and Latin America.

The show has been written by Tony McNamara (The Favourite) and is a satirical, comedic drama about the rise of Catherine the Great from outsider to the longest reigning female ruler in Russia’s history.

It will become available on Starzplay in the UK, Republic of Ireland, Germany, Austria, Spain, France, Italy, Switzerland, Belgium, Netherlands, Luxembourg, and Latin America from the summer.

The project is produced by Civic Center Media in association with MRC, while ViacomCBS Global Distribution Group sells globally.