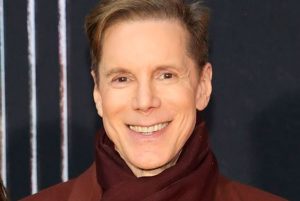 NENT Group-owned Viaplay says The Swarm will be its largest original production to date.

Doelger will executive produce the eight-episode drama series, which is based on Frank Schätzing’s novel.

The Swarm will begin filming later this year, and tells the story of one of the biggest challenges humanity has ever faced. A group of scientists, tasked with investigating the strange behaviour of marine animals around the world, makes the chilling discovery that the ocean depths conceal a mysterious collective intelligence that is suffering the effects of human pollution and has now decided to fight back.

Filippa Wallestam, NENT group chief content officer, said: “The team that will bring this very topical book to the screen is exceptional. This is a unique and urgent story that confronts us with a planet that is dangerously out of balance. The Swarm will be a complex, ambitious and visually stunning series. At the same time, it is a statement production from NENT Group and our partners that will thrill and unsettle audiences in the Nordic region and around the world.”

NENT Group is set to premiere a minimum of 30 original productions in 2020.