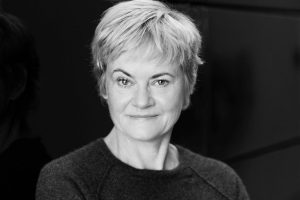 The series will be coproduced with ARD Degeto in Germany and Filmpool Nord, supported by the MEDIA Programme of the European Union. The drama has pre-sold to DR in Denmark, NRK in Norway, YLE in Finland and RUV in Iceland.

Bernth is CEO of Apple Tree Productions, former head of drama at DR and producer of The Killing, and will lead production.

Blackwater will be adapted by Maren Louise Käehne (Queen of Hearts, The Bridge, Borgen) and directed by Pernilla August (The Legacy, A Serious Game). Marek Wieser (Darling, Tigers, The Violin Player) will serve as director of photography and Oscar winning Anna Asp (Fanny and Alexander, Wallander) will handle production design.

Originally published in Sweden in 1993, Blackwater has since become available in 25 countries.

The story begins on a Midsummer night in 1970, when two tourists are found murdered in a tent, far up in the mountains of North Sweden, near the small town of Blackwater. The incident intersects four random people’s lives, intertwining their destinies for better and for worse.

Blackwater is the second production from ITV Studios-backed Apple Tree Productions following Equinox, a character-driven supernatural thriller series of 6 x 45 mins., currently shooting in Copenhagen for Netflix. The series has been developed with the support of Creative Europe – MEDIA Programme of the European Union.

Anna Croneman, head of drama at SVT, said: “Developing a novel as iconic as Blackwater into a series, inevitably means taking a huge risk. But with a beautiful script by Maren Louise Käehne, Piv Bernth producing and Pernilla August as director, I’m certain we’re about to make something quite extraordinary. I’m also thrilled about the collaboration with ARD.”

Ruth Berry, managing director of distribution, ITV Studios added: “It’s a gripping internationally renowned story, recreated by a team of leaders in their fields and backed by three committed partners from the outset. We couldn’t be more delighted to represent Blackwater on the world stage at a time when demand for European drama is going from strength to strength.”