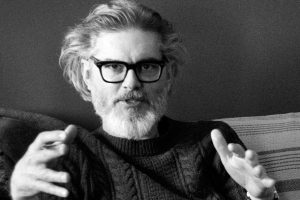 As part of the two-year deal, HBO Max has acquired streaming rights to Willems’ first live-action special Don’t Let the Pigeon Do Storytime! from Greg Silverman’s media company Stampede Ventures which will produce all additional content under the deal.

The first animated special will be based on the book Naked Mole Rat Gets Dressed.

Directed by Bobcat Goldthwait, Don’t Let the Pigeon Do Storytime! is a live-action family comedy special featuring Willems and the “Story Time All-Stars”, a group of celebrities, comedians and actors, performing live readings and sketch comedy inspired by Willems’ work, as well as a few surprise musical guests.

Shot over the summer in Washington, DC., Don’t Let the Pigeon Do Storytime! is produced by Stampede Ventures, with Willems and Stampede’s Greg Silverman, Gideon Yu, Jay Judah and Chris Bosco serving as executive producers.

Willems began his career as a writer and animator on Sesame Street, and has also created several animated projects for Cartoon Network and Nickelodeon.

“Mo is a special talent with a profound ability to connect with children and families alike. We are so happy Mo and Stampede Ventures chose to partner with us at HBO Max,” says Kevin Reilly, chief content officer, HBO Max, president, TNT, TBS, and truTV.

“HBO Max is the perfect home for me to work on fun and experimental ways to bring my book characters and theater work to the screen because we share the goal of creating exciting shows and series that bring families together,” said Willems.