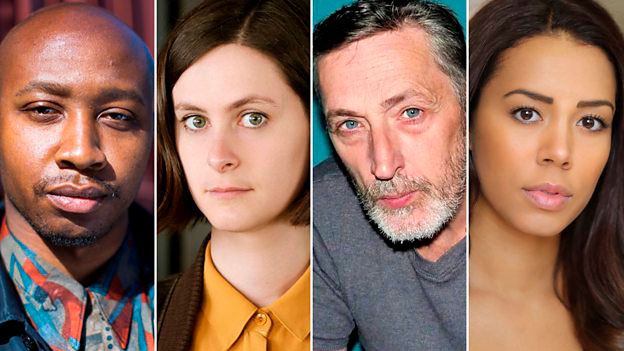 The BBC has greenlit four new dramas from first time television writers, as part of a move to develop and back new talent, according to drama boss Piers Wenger.

The commissions include an adaptation of Kit de Waal’s My Name is Leon from Shola Amoo; Sex Education director Alice Seabright’s debut Chloe; The Responder, a crime drama starring Martin Freeman from ex-police-officer-turned writer Tony Schumacher; and Superhoe, from playwright Nicôle Lecky, a version of her one-woman Royal Court show.

Unveiling the dramas, Wenger also spelt his vision for the BBC as a “primary incubator of storytelling talent in the UK” compared to commercial broadcaster and SVODs.

“I am often asked how, in the era of co-production, the BBC can argue that its programmes are unique when so many of them are co-produced. But ideas don’t start off co-produced. Rather, they are born out of numerous creative conversations between writers, producers and commissioning editors, with the aim of making something which is bold, original and unique. That often means going against the market with the ideas you are backing, but it’s a testimony to those grass-roots conversations that once ideas become scripts, there is a feeding frenzy for them internationally.

“Development is time consuming, rooted in trust and financially risky. That is why commercial broadcasters and SVODs don’t develop in the same way that we do, but also why that without the BBC, the drama market would be less vigorous. We are the primary incubator of story-telling talent in the UK. In a sector which is so heavily commercialised – I truly believe that there is nowhere else in the world where you can be as creatively free as you can be at the BBC.

The four new dramas are:

My Name is Leon, BBC One

My Name Is Leon is an adaptation of author Kit de Waal’s novel, adapted by Shola Amoo writing his first screenplay for television, and directed by Kibwe Tavares (Noughts+Crosses). It will be produced by Endemol Shine subsidiary Douglas Road Productions for BBC One.

The one-off film is set in 1980s Britain and tells the uplifting and moving story of nine year old Leon, a mixed-race boy whose desire is to keep his family together, as his single-parent mother suffers a breakdown.

It will be executive produced by Lenny Henry and Angela Ferreira for Douglas Road Productions alongside Gub Neal and Edward Barlow, with Mona Qureshi for the BBC. Carol Harding (Soon Gone: A Windrush Chronicle, Agatha And The Curse Of Ishtar) will produce.

Chloe is billed as an assertive, audacious thriller exploring obsession, identity, grief, and truth. Becky thinks Chloe has the perfect life. Years after Chloe abandoned her when they were teenagers, Becky still obsessively watches Chloe’s life through her picture-perfect social media. But when Chloe dies suddenly, Becky’s need to find out how and why leads her to assume a new identity and infiltrate the enviable lives of Chloe’s closest friends. Who was Chloe? What happened to her? And why does Becky think Chloe was trying to send her a message before she died? Through her alter-ego Sasha, Becky becomes a powerful, transgressive heroine, trapped in a dangerous web of lies, only some of which are her own.

It is created, written and directed by Alice Seabright; and executive produced by Tally Garner for Mam Tor Productions and Ben Irving for the BBC.

The Responder is a new crime drama from ex-police officer Tony Schumacher, and his first original series for television.

The series is drawn from his real life experiences and follows Chris, played by Martin Freeman, tackling a series of six night shifts on the beat in Liverpool as an urgent response officer. A portrait of the extremes of life on the front line of British policing, it is both funny and tragic.

Filming will take place in and around Liverpool.

Based on Nicôle Lecky’s one woman Royal Court show, Superhoe follows 24 year old Sasha Clayton (Lecky) who dreams of being a singer and rapper, but spends most of her time in her bedroom smoking weed and stalking her ex-boyfriend on Instagram. When she is kicked out of her family home, Sasha is forced to fend for herself by sofa surfing and eventually moves in with the enigmatic party-girl Carly. Carly introduces her to a glamorous world of social media influencing and partying, and what seems like an easy way to make money through cam work and sex work. But as the gap between her online presence and real life continues to grow, Sasha finds herself struggling to escape a world that is more complex and darker than she could have imagined.

Superhoe (6×45’) is executive produced by Nicôle Lecky, Margery Bone for Bonafide Films and Lucy Richer and Ayela Butt for the BBC..