Show of the week: Californian Commando 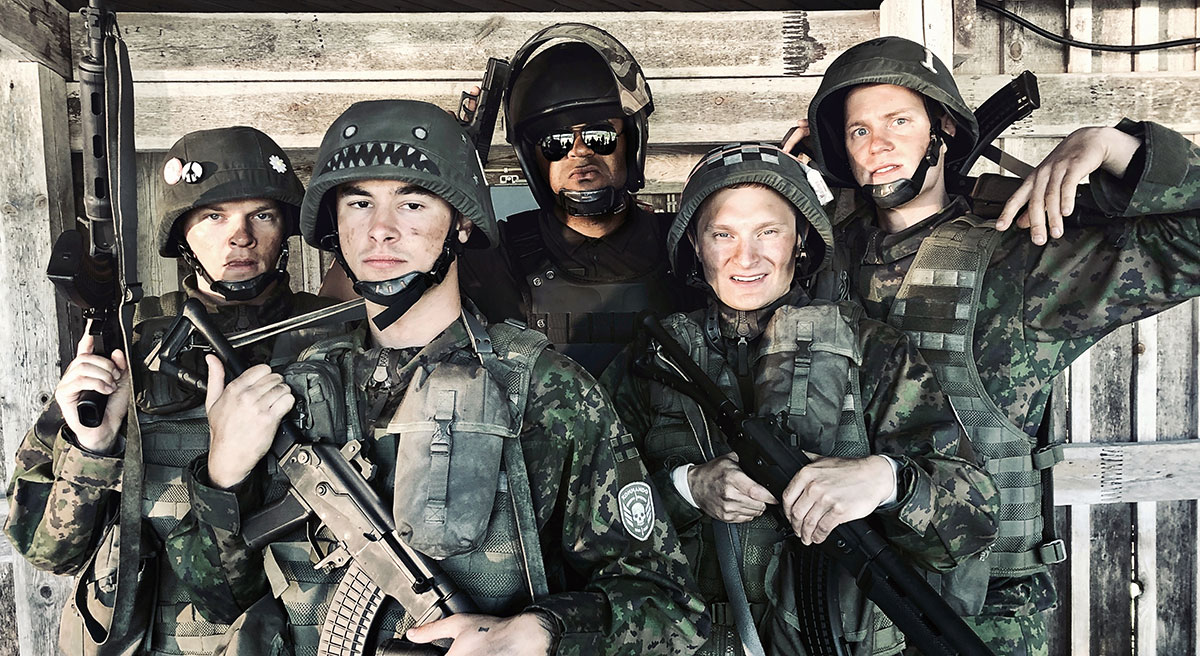 Fish-out-of-water stories are nothing new, but with Californian Commando we might be getting one of the most extreme cases in recent memory.

The show focuses on 23 year old Van Hamilton (Kian Lawley), a spoiled rich kid from the golden state who is going on an exciting holiday to Finland. At least that’s what he thinks. The holiday gets off to a bad start when Van gets knocked unconscious upon arriving in the country, and the next thing he knows he finds himself in an army barracks conscripted to the special forces.

Little does Van know that this was a setup from the start, with his parents shipping him off hoping that time in the army will reform their spoiled son.

On the surface, the show’s premise doesn’t quite sound like typical Finnish fare – and that’s by design.

“Californian Commando is a comedy drama rather than a thriller, so it isn’t as dark as a lot of Scandinavian content,” notes Lisa Fidyka, senior scripted acquisitions manager at Red Arrow Studios International.

Despite its broader approach – the show is targeted at younger adults and “contains quite a lot of slapstick humour”, says Fidyka – the show is still reverent to its roots.

“The series addresses the clash between the hedonism and individualism of youth and those traditional Nordic values about working for the common good,” adds Fidyka.

Californian Commando has also been designed to be more accessible to western audiences. Fidyka says that the show is “80% in the English language” and that its “look and feel” is “more American than Finnish.”

The producer also touts star Kian Lawley – who received a Daytime Emmy Award nomination for his performance in the go90 original Zac and Mia and co-runs a YouTube channel with over 3.7 million subscribers – as being an asset that “will definitely help drive the younger audiences.”

The show is an original for Elisa Viihde, which has ordered a range of dramas to date such as Bullets and Shadow Lines. Writer and Fire Monkey Productions co-founder Mikko Pöllä said that Californian Commando is a good complement: “I think they were really attracted to the idea of looking at the modern day army in a comedic fashion and through the lens of a Finnish-American pacifist who is forced to join the special forces.”

He continues: “Elisa was 100% committed from the day we pitched the show, then Red Arrow Studios International got involved after reading the pilot script. We also got funding from the Finnish Film Foundation and Business Finland.”

Should it prove a hit, Californian Commando will join an ever-growing list of stellar Nordic scripted output – and momentum isn’t slowing down for the region.

“We expect the demand to continue,” concludes Fidyka. “There is great talent and storytelling coming out of that region and we don’t see that changing anytime soon.”

Logline: A bratty American-Fin doesn’t get the holiday he’s hoping for when he gets conscripted into the army as soon as he lands, with his parents hoping the experience will turn their spoiled son into a real adult.