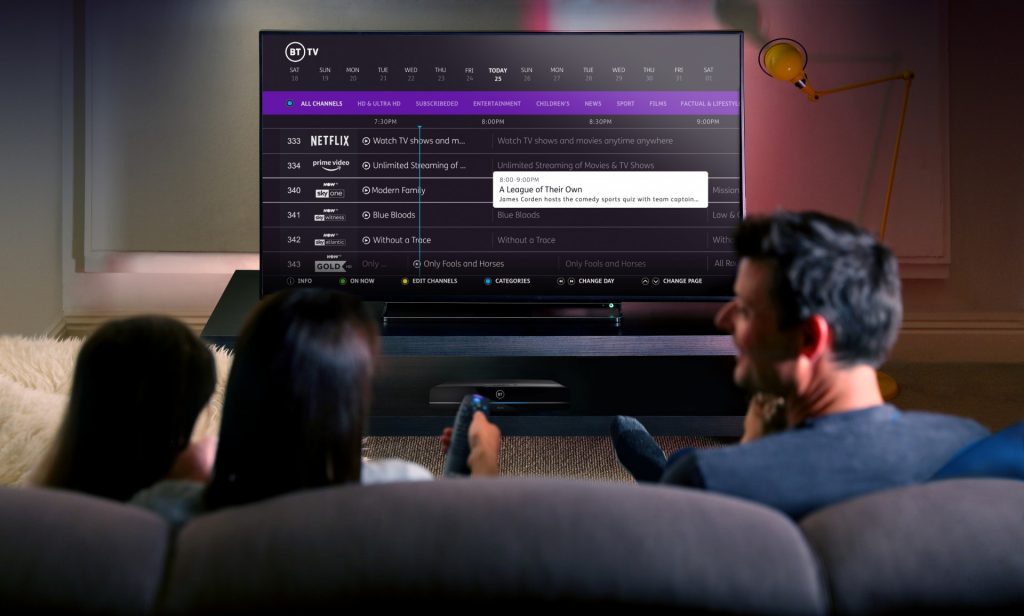 UK telco BT has launched a range of new ‘flexible’ TV packages in a bid to disrupt the country’s pay TV market and keep pace with the rising tide of streamers.

Launching on February 21, the company will offer 24-month flexible TV packages, which are designed to allow customers to upgrade, downgrade and add bolt-ons on a month-to-month basis.

This means, for example, that customers could pay for the £40 ($52) per month ‘Big Sport’ package – which includes all 11 Sky Sports channels and BT Sport – for the duration of the Premier League season alone.

BT said that customers “can change their package subscriptions simply and fuss-free online or via the My BT app – removing the need to call in to speak with someone.”

In addition, Sky-owned streamer Now TV has been fully integrated with BT TV, with the company boasting that it is the only platform in the UK that allows access to BT Sport, Now TV, Amazon Prime Video and Netflix within one bill.

The launch of the flexible packages follows on from December’s announcement that BT Sport would offer no-contract monthly passes for the first time.

BT also promised that there will be no out-of-contract price rises during the 24 months.

Assessing the news, Paolo Pescatore, tech, media and telco analyst at PP Foresight said that the move “feels like a last ditch effort to be successful in TV.”

He said: “Aggregation is the holy grail. BT has done a superb job of introducing some novel features and bringing together key services all in one place. This will strongly resonate with users. However, it is unlikely to pose a considerable threat to Sky who in turn will be able to bundle BT Sport into its own packages. In the future expect this new TV platform to be bundled with BT Halo which will further strengthen its premium convergent offering.”