BBC Studios (BBCS) has said that its Beijing-based execs and Chinese buyers will miss the producer-distributor’s annual Showcase event in the UK next week, amidst growing fears over the impact of the Coronavirus.

BBCS Showcase is widely seen as the world’s largest international content market hosted by a single distributor and will this year welcome around 700 buyers to watch the UK-based organisation’s array of programming.

Last month, TBI revealed that the four-day event, which takes place next week in the UK city of Liverpool, will host talent including Game Of Thrones star Richard Dormer, Doctor Who‘s Jodie Whittaker and first-looks at a raft of new shows including The North Water and Us. 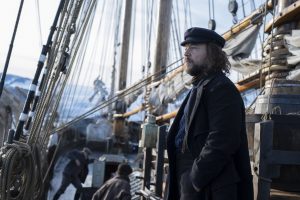 However, BBCS has said its Chinese execs will now not be heading across to the UK and the company has also recommended against travel for buyers from the country. Flights between the UK and China were recently suspended in the wake of the Coronavirus, whose death toll has now risen to almost 500.

Execs from companies including iQiyi, CCTV and Tencent are among regular attendees set to miss what will be the 44th edition of Showcase.

TBI understands a relatively small number of clients will be impacted but that BBCS’ recommendation was made amid fears that execs could become stranded. Deals are not expected to be at risk, with the company organising alternative arrangements for Chinese buyers.

A BBC Studios spokesperson said: “Following the decision of a number of airlines to suspend flights to and from mainland China on safety grounds our Beijing team have elected not to travel to Showcase.

“Given that the team won’t be there to host them we have recommended clients based in China do not undertake non-essential travel. Instead we are making alternative arrangements to bring our content to these customers. The welfare of our staff and clients is our priority.”