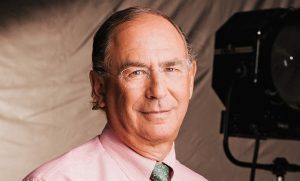 Garin joins from film and entertainment firm Image Nation Abu Dhabi, which has worked with Twofour54 on projects including Inheritance, claimed to be the world’s first Arabic soap opera.

He takes up the CEO role after the formation of a board of directors at Twofour54 in 2019. Those changes saw the appointment of Mohamed Khalifa Al Mubarak as chairman and the then-CEO, Maryam Eid Al Mheiri, named as vice chair, leaving the CEO position vacant.

Prior to Image Nation, Garin spent four years as a member of the executive committee of Abu Dhabi Media Company and before that co-founded what became US-based Lorimar-Telepictures.

Al Mubarak said: “Michael joins twofour54 at a pivotal time for the media and entertainment industry in Abu Dhabi, with a new chapter about to start for the media zone at the purpose-built new home on Yas Island. We are delighted that he will bring his extensive experience and expertise to twofour54.”

Garin added: “I would like to thank Mohamed, Maryam and the board of twofour54 for giving me the opportunity to undertake this important role in the Capital both for Arab-language and international content creators, and to lead a team of incredible UAE talent.

“Together, we will continue the mission to grow the media sector in Abu Dhabi by providing world-class infrastructure and 360-degree support that ensures our creative community can bring their ideas to life and attracts the best in the business from around the world.”