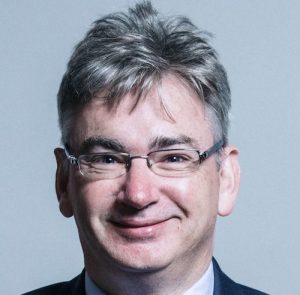 The UK government has appointed a politician in favour of licence fee reform as chair of the Digital, Culture, Media and Sport Committee (DCMS), which oversees broadcasting in the country.

Julian Knight, the Conservative MP for Solihull, said that there are “lots of issues for the committee, once properly constituted, to tackle.”

Knight has sat on the DCMS committee for three years and was first elected as an MP in 2015. Prior to that Knight’s background was in journalism, with a that included five years as a personal finance and consumer affairs reporter.

Describing himself as a “critical friend” to the pubcaster, Knight recently wrote a UK newspaper column expressing his views on the BBC’s licence fee funding model.

He argued that in a world of hundreds of channels and on-demand offerings, “ordinary people can be informed, educated and entertained without ever coming into contact with the BBC, yet we all pay a poll tax regardless.”

He went on to say that the “main option” should be to move to a subscription service that lets people opt out. Knight wrote: “I believe that the BBC can actually thrive without the licence fee provided it is helped with a soft landing and maps out a new role for itself which fits in with the changing listening and viewing habits of the Great British public. It would help restore trust too if people didn’t feel compelled that they had choice. The licence fee is an anachronism in a world of choice.”

The MP replaces former chair Damian Collins, who he replaces. Collins was elected in October 2016 and led inquiries into the BBC’s pay structure and fake news.

The DCMS is a department of the UK government that has responsibility for culture and sport in England, as well as broadcasting across the UK.