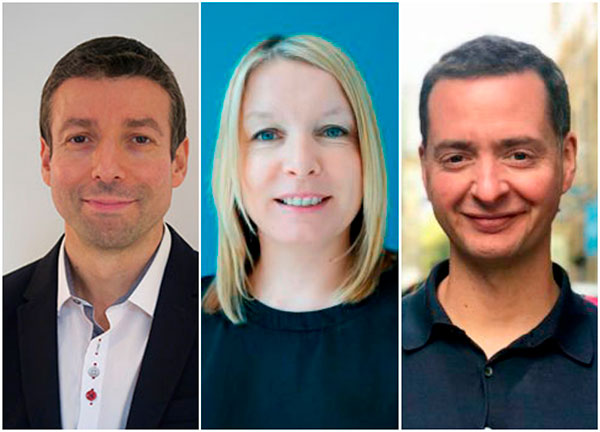 Michael Mannes becomes MD at 12 Yard while Liz Gaskell is to take up the role of creative director.

Mannes joined the prodco in 2005 and was most recently deputy MD, producing programmes including primetime BBC One quiz shows Who Dares Wins and In It to Win It, ITV’s Big Star’s Little Star and Insert Name Here on BBC Two.

Prior to this he was at the BBC, where he worked on the first season of Strictly Come Dancing, while he started his career at Planet 24 on Channel 4 show The Big Breakfast.

Gaskell has spent 13 years at the prodco during two stints and has been head of development since 2011. She has created over 20 original series with her team in that time, including Big Star’s Little Star, Comedians Giving Lectures and I’ll Get This. Previous to 12 Yard she worked at companies including Planet 24, Hat Trick, North One and the BBC.

The veteran exec co-founded 12 Yard in 2001 and has overseen the prodco’s formats including Eggheads, Coach Trip for E4/C4 and the recently launched Comedians Giving Lectures for Dave. Prior to launching the prodco, Culpin was head of development for BBC Entertainment where he developed hit format Weakest Link.

“I‘m really proud of what we have achieved at 12 Yard with ITV Studios and leave the company in great hands. I have always hugely admired Shu and Denise and the opportunity to join them at 110% Content was too big an opportunity to miss. There has never been a better time to start an indie and I am looking forward to developing the next generation of hit formats with them.”

Julian Bellamy, MD at ITVS, said Mannes and Gaskell were “ideally placed to take 12 Yard forward. They have been an integral part of the label’s success over the past 15 years and I am delighted that they are coming together to build upon its reputation for creating successful, original and returning formats.

“That reputation has been gained thanks to Andy’s leadership, vision and dedication as one of the founding members of the label and I wish him well in his new role.”