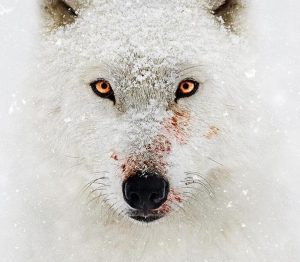 The 6 x 60-minute show is being produced for ITV and is from natural history team Tom Hugh-Jones (Planet Earth II), Andrew Jackson (Frozen Planet) and Martha Holmes (Life In The Freezer).

The show, which will feature a story arc across the season and unfolds like a drama, is being sold by Julie Meldal-Johnsen’s global content team in the same way it would approach a drama, ITVS said, with international co-producers and deficit financing being brought in during the early stages of development.

Ruth Berry, MD of Global Distribution at ITV Studios, said: “We’re known for bringing some of the world’s most sought-after dramas to international audiences and are now thrilled to turbo-charge our premium factual content slate with this unique concept. In Andrew, Tom and Martha we have not one, not two, but three of the best natural history producers in the world bringing this exciting project to life.”

“This series takes it up a notch. It gives Tom the perfect opportunity to supersize the natural drama, and craft a narrative story arc across the entire series to grip the audience like all the best scripted shows. It’s the first time it’s been done in a global natural history landmark.” 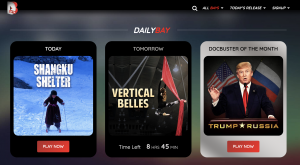 Both the Weinstein and Lennon shows will be included in DocuBay’s newest ‘bay’ called CrimeBay, focusing on the true crime genre.

Adita Jain, head of acquisition & content at DocuBay, said: “We’re so pleased to partner with 1091, whose exceptional library is right in line with DocuBay’s diverse lineup of films. With fresh and engaging stories in every genre, including true crime in our latest offering – CrimeBay, the catalogue we’ve curated is truly a global home for the best documentary features.”

Subscribers will gain access to Love Nature’s library of original programming, which includes hundreds of hours of natural history content in 4K and HD. The channel is fully localised in Russian, with shows including Plimsoll Productions’ Monkey Island available.

The deal was brokered by Thema Russia and overseen by Chiara McKee, VP of EMEA, Kids & Global Networks at Blue Ant Media. The launch on Tricolor expands the channel’s reach in Russia, where it is also available on the pay-tv platform Rostelecom, in 4K both on IPTV and OTT.

Kew Media Distribution has struck a raft of non-fiction deals with networks including Travel Channel in the US.

The broadcaster has added Our House Media (OHM)’s My Paranormal Nightmare, the second season of Kew’s Paranormal 911 and the second run of Haunted Hospitals.

High Maintenance, which was produced by Frantic Films, has been picked up by Azerbaijan Public TV & Radio Broadcast Company and FTV Prima in Czech Republic.

Blue Ant Media in Canada has signed deals for My Paranormal Nightmare and OHM’s Mutant Weather, while Foxtel in Australia and New Zealand, plus Sky in the UK, have confirmed deals for Murder In Amish Country.