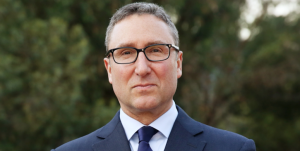 Starz president of programming Carmi Zlotnik has left the US cabler after a decade with the company.

Zlotnik had been with the network for a decade and worked on shows including Outlander, American Gods and Power. He is set to pursue new creative endeavours but his next move is not yet known. He will work with the cabler during the transition and exit in the coming months.

Hirsch said: “Carmi’s track record speaks for itself. He has been a valued member of the Starz team for nearly a decade, helping to build the Starz original programming team and strategy from the ground up while also serving as a great creative partner, mentor and friend to so many.

“We remain grateful to Carmi for his contributions and commitment to Starz throughout his time here and wish him continued success in his next chapter.”

Zlotnik previously worked at IMG and also held roles including overseeing production of originals at HBO, working on shows such as The Sopranos, The Wire and Sex And The City. US trade Deadline first reported the news.