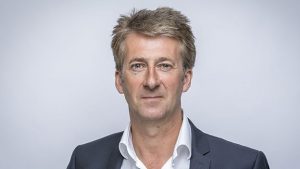 Endemol Shine Group (ESG) has restructured its Creative Networks arm following the exit of the division’s CEO Lisa Perrin, with the addition of two senior execs.

Townley becomes global head of Creative Networks, working closely with Salmon from both London and Amsterdam to oversee the division’s operations.

He will take responsibility for working with UK teams on their pipeline and coordinate non-scripted streamer projects, a role he previously undertook in the UK.

In a note to ESG staff, Salmon said Townley’s “energy, experience and close working knowledge of our pipeline and the Group, along with the insight on buyers’ needs from his current role, make him ideal to step in and lead the team.” He starts his new role immediately.

“Sarah is well-versed in working across a broad pan-European slate. Her extensive production and technical experience will be invaluable in driving our ambitions for further production collaboration and efficiencies within our Group,” Salmon said.

The ESG creative chief added that while “we are of course very sad to see Lisa go, she does so with our thanks and having put in place a framework for Creative Networks to support and supercharge emerging and established IP across the Group.”

“As CEO of Creative Networks, Lisa’s drive, insight and can-do have been at its heart. These skills were honed in over 10 years with the Group, as head of Shine’s format division and before that as creative director at Shine TV. Last year saw over 50 formats travelling from around the Group – that’s more than any competitor and our best tally ever as a Group, so Lisa leaves us in a strong place with a strong team supporting our shows.”

In a memo to staff, Perrin said: “It’s been a privilege to be at the centre of such a talented and creative group, and been incredibly rewarding to help such an array of outstanding shows reach new audiences around the world over the last five years.”

She added that “when opportunity knocked for a new chapter it was a ‘now or never’ offer, and it was a challenge I wanted to take.”