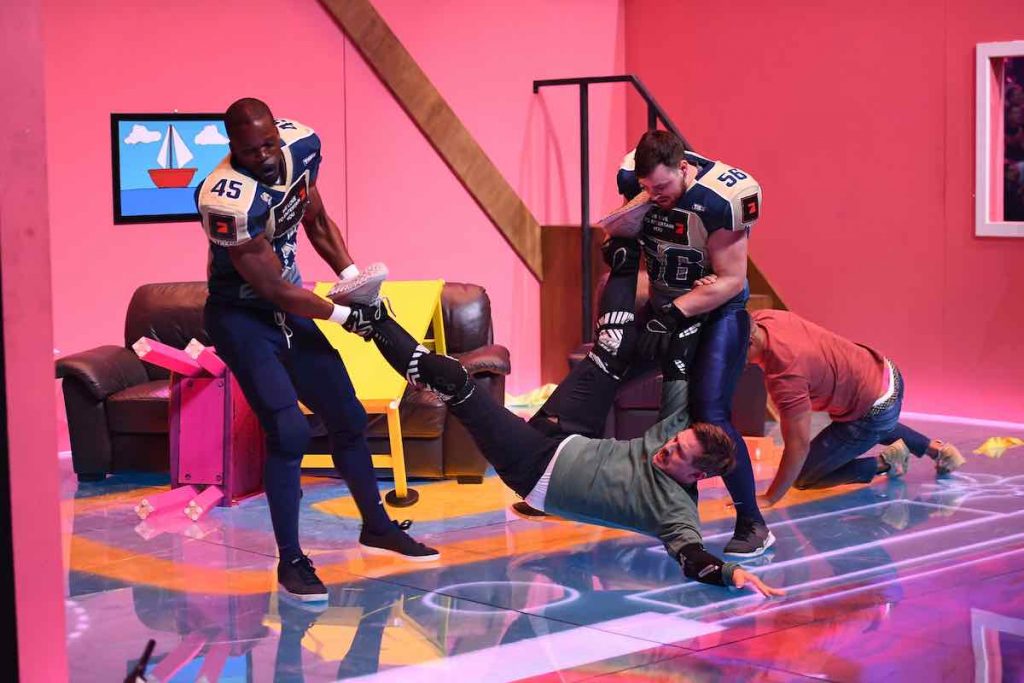 Banijay Group’s Dlo/Magnolia in Spain and Endemol Shine Group in Portugal are among companies to have picked up rights to entertainment format Beat The Channel from Red Arrow Studios International (RASI).

The format, which sees two popular presenters get the chance to win a 15-minute live broadcast slot, has also been acquired by French prodco Deeply Superficial and Different Productions for the Middle East. The original show is from Florida Entertainment and was produced for ProSieben, which ordered three seasons.

Bo Stehmeier, president at RASI, said: “Broadcasters around the world are looking for live event television to boost and differentiate their schedules. With its high-energy, hilarious stunts, games and celebrity guests, Beat The Channel has all the ingredients to achieve just that.”

The format sees popular TV presenters facing a series of physical and mental challenges featuring brands and talent from the channel. If they succeed, they will then win a 15-minute live primetime slot. If the channel wins, the duo mist do whatever it wants – from hosting the daily magazine show to announcing live links across the whole day’s schedule. 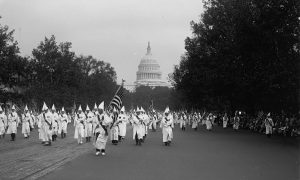 French producer and distributor ZED has unveiled details of its slate ahead of Realscreen later this week, including a show about the Ku Klux Klan for whihc it is looking for a North American partner.

Ku Klux Klan, An American Story is directed by David Korn-Brzoza and is being produced by Roche Productions for Arte France. The show brings together archival footage and interviews to tell the story of the Ku Klux Klan and, through it, that of America.

The 2 x 52 minute show will be delivered in September and has already been pre-sold to Foxtel in Australia, SVT in Sweden and Norway’s NRK among numerous others, with ZED now looking for a North American partner.

Other shows on the slate include Arte France’s Clean Torture: An American Fabrication, which explores torture in the US and is from director Auberi Edler and Program 33, and France Television’s You’ll Be Straight, about so-called conversion therapies in America.

The latter, available as 52-minute and 70-minute versions, is directed by Caroline Benarrosh and produced by Tohubohu and Falabracks for France Télévisions.

Seven Network in Australia has joined forces with Australian prodco Essential Media and sales firm Parade Media to produce a fast-turnaround documentary about the recent catastrophic bushfires in Australia.

Koala Rescue (1 x 60 minute) tells the story of the selfless volunteers, national park and wildlife officers, firemen, vets and nurses who toiled through the summer to save Australia’s most iconic animal. It will premiere in March 2020.

The one-off is shot on location along the Australian eastern seaboard and on Kangaroo Island, exploring the fire front and then following the rescue, care and rehab that goes into saving one of the last wild populations of koalas from extinction.

Matthew Ashcroft, CEO of Parade Media, said: “Essential’s access from inside the bushfire catastrophe, and the stories of unsung Aussie heroes and their plight to save Australia’s wildlife is truly remarkable. We hope that by donating all profits from international sales to the NSW RFS Bushfire Disaster Appeal we can in some way contribute to the safeguard of future generations living in the bush.” 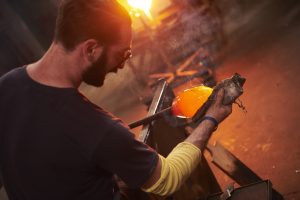 Bell Media has picked up Blown Away (10 x 30’), Netflix’s original competition series about glass-blowing, for its Z-Tele French-language channel.

The show was created and produced Marblemedia, the parent company of Distribution360, which has also sold Innovation Nation to Rogers Media/SCN. Produced by Partners In Motion, the series travels the globe to look at the scientific discoveries shaping our planet.

In the US, Court TV Mystery (fka The Escape Network) has picked up Crime Stories, which examines some of North America’s most horrifying crimes, and 13 Seconds: The Kent State Shootings, which chronicles the events of 4 May, 1970 in Ohio where an anti-war protest left four people dead. Both titles have been produced by Partners in Motion.

Distribution360 has also sold a package of 40 hours to Vobile in China, including Legend Hunters, which looks for the truth behind real-life mysteries. Deals in Europe include Towercom in Slovakia picking up season one of Flying Cork Media’s Tomorrow’s World Today, which examines how pioneers are using technology to create a more sustainable society.

Diane Rankin, Distribution360’s SVP of rights, said “continued strong interest in true-crime, paranormal, and technology – particularly where it relates to future sustainability” has been behind the new deals.

“With the input of our international expertise and this market demand, we are supporting new development from marblemedia that also falls into these popular genres, plus others including history, and we look forward to discussing our new slate of projects with buyers next week in New Orleans. We’ll also be on the hunt for similar premium factual concepts from producers, for development and future international market launches.”