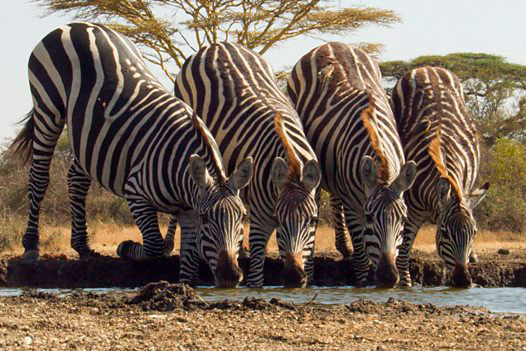 Waterholes are vital to the African ecosystem, but little is known about how they support so much life. BBC Studios Natural History Unit is working with Mwiba Wildlife Reserve in Tanzania to build the world’s first waterhole with a built-in specialist camera rig.

With half-submerged and weather-proofed remote cameras filming 24/7, the series aims to uncover the complex dynamics of the waterhole for the first time, gaining insights into animals including elephants and lions.

Patrick Holland, controller, BBC Two, says: “This promises to be a ground-breaking, audacious series, taking us closer than ever to wildlife and their essential relationship with water. With climatic change making their environment more uncertain than ever, Waterhole will reveal the challenges facing some of Africa’s iconic animals.”

Waterhole (w/t), a 3×60-min series for BBC Two, is co-produced with PBS. It was commissioned by Patrick Holland, controller of BBC Two and Jack Bootle, head of commissioning, science and natural history.

The executive producer is Roger Webb, the series producer is Anwar Mamon, and the commissioning editor is Tom Coveney.