Kids round up: Aardman hops off with Brave Bunnies rights; Gibbs Smith, ThinkTank team for BabyLit 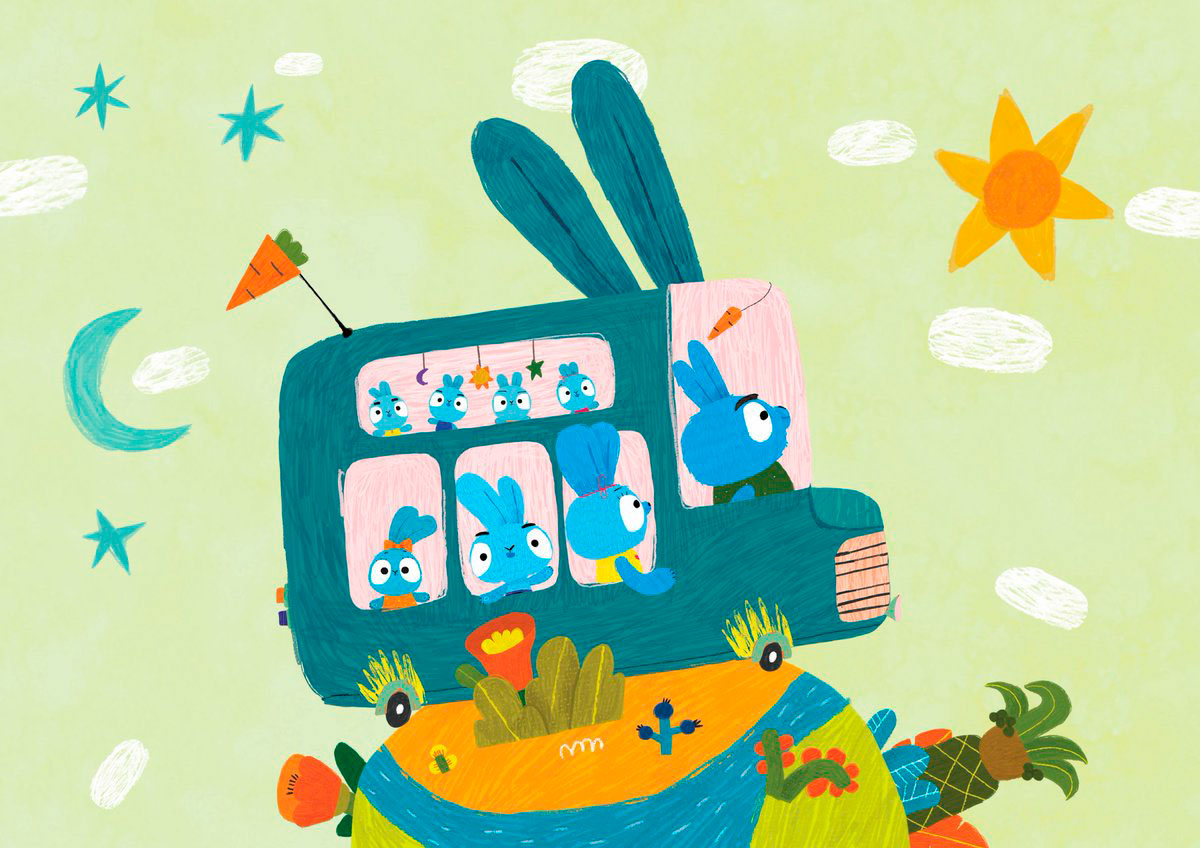 The 52 x 7-min preschool series, currently in production with Anima Kitchent (Spain), follows a family of courageous and curious Bunnies as they seek adventure and exploration, travelling on their Bunny Bus. It is directed by Tim Fehrenbach.

“Brave Bunnies looks like nothing else on our slate, and when Glowberry first pitched it to us at Mipcom we could instantly see the series appealing to audiences all over the world,” said Alison Taylor, head of sales & acquisitions at Aardman.

“We consider the Brave Bunnies to be a huge breakthrough for the Ukrainian animation world, and we feel proud about gathering an international team for the production of the series to be distributed worldwide by our new partner, Aardman,” said Marine Vardanyan, head of brand management at Glowberry.

Aardman and Glowberry will present an episode of the new series at Kidscreen Summit in Miami next month. Spin Master is on board as a licensee, and the team is seeking further strategic partnerships with broadcasters, digital platforms, distributors, CP licensees and licensing agents for Brave Bunnies, which is due to launch in Spring 2021.

Publisher Gibbs Smith has partnered with The ThinkTank Emporium to develop its BabyLit and Little Leonardo book series for children into an animated series, as well as pursuing licensing opportunities.

The BabyLit series has more than 50 titles in print, and over 2 million copies in sales, and translation rights have been sold in over 15 countries. The BabyLit classics series written by Jennifer Adams and illustrated by Alison Oliver consists of 30 board books aimed at ages 0-3, and teaches early concepts such as counting, colors, opposites, sounds, and shapes through classic literature.

The deal was announced by David Wollos and Joan Luks for The ThinkTank Emporium and Gibbs Smith.

The full-service animation production company, specialising in producing 2D and 3D animation, has worked on several animated TV series and feature films for various audiences and genres including for children, adults, entertainment and edutainment.  Its credits include Misha, the Purple Cat, Wildweeds and Pinki.

Kolkata Studio, with 100 artists, is being headed by Mantosh Kumar, who was head of production in Digitoonz’ Delhi studio. He reports to Vikas Kumar, CEO of Digitoonz.

Licensing agency WildBrain CPLG has been appointed by freestyle player and YouTuber Soufiane Touzani to represent the sports, fashion and lifestyle brand Touzani in the Benelux region.

Soufiane Touzani’s football focused content has over 837k YouTube subscribers, 1.2m followers on Instagram and 400k Facebook fans, as well as a television show which aired in the Netherlands during 2018 titled Tiki Taka Touzani. In 2018, Touzani also launched an apparel collection for adults and kids featuring innovative patterns, branding and materials.

Brenda Draaisma, general manager at WildBrain CPLG Benelux, said: “With the licensing programme for Touzani in its early stages, our expertise will enable us build upon the brand’s success so far and assemble a robust merchandise and retail programme for Touzani’s impressive fan base in the Benelux market.”