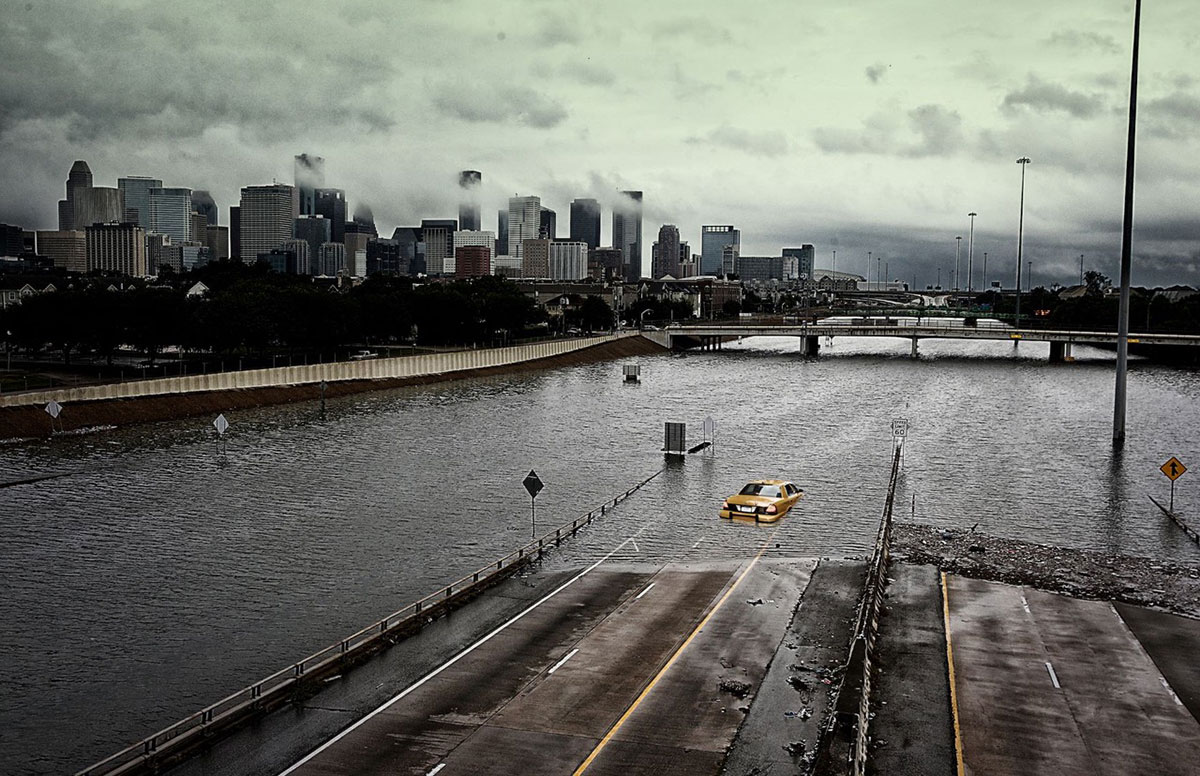 TCB Media Rights has closed deals totalling 130 plus hours of programming with broadcasters across Latin America.

TCB Media Rights has struck a two-title deal with A+E Latin America for Discovery Science/UKTV’s Abandoned Engineering and UKTV’s Shipwreck Secrets. Abandoned Engineering, produced by Like A Shot, has now been picked up in over 30 territories since it rolled out in 2016. Also produced by Like A Shot, Shipwreck Secrets launched late last year at MIPCOM and has already been sold to broadcasters in the US, France, Spain, Czech Republic.

This latest A+E acquisition follows a deal for Pixcom’s The Guild Garage, originally produced for Discovery, in which a team of specialists from the Canadian Guild of Automotive Restorers bring iconic vehicles back to life.

Cineflix Rights has closed a deal with National Geographic Latin America for multiple titles from its science and natural history slate.

Sinking Cities (5 x 60-mins, Cineflix Productions for PBS US and RMC France) follows local planners, first-responders, scientists, and engineers in London, New York, Tokyo, Paris, and Miami as they gear up for an epic battle with climate change.

Inside the Operating Theatre (20 x 60-mins, Brown Bob Productions for UKTV) offers exclusive access to the Day Surgery Unit at Queen Elizabeth Hospital in Norfolk, UK as they perform over 100 complex and life-changing operations every week.

Legends of the Deep (4 x 60-mins, Cineflix Productions/INE Entertainment for Discovery Science US) features Céline and Fabien Cousteau as they dive deep to explore some of the greatest ocean mysteries of all time.

Deadly Disasters (Season 1, 10 x 60-mins, CIC Media for BBC Distribution Studios) explores some of the most destructive natural disasters to strike the planet.

Production funder and distributor Drive has closed a raft of sales of factual content to broadcasters across Latin America.

TV Azteca in Mexico, National Geographic Channel in Brazil and Willax Television in Peru have all picked up seasons one and two of The World’s Deadliest Weather (26 x 60-mins), which is produced by UK-based Back2Back Productions for BBC Earth.

In addition, Latin American lifestyle and entertainment network Hola TV has picked up fashion documentaries Dressing the Part (1 x 60-mins), produced by fashion retailer Net A Porter, and How to Dress Like a Princess (1 x 60’) produced by Spun Gold for True Royalty.

All deals were brokered by Drive’s Latin American and Spanish agent, David Albareda, at Devised.

Kew Media Distribution has signed a number of deals across the US, Canada and Lat Am ahead of Natpe Miami

Further acquisitions by Sundance Now for the US and Canada include Aileen: Life & Death of a Serial Killer, Biggie and Tupac, Tales of the Grim Sleeper, Three Days in June, Soufra, Princess Diana: A Life After Death, Frackman, The Thread and Trumbo.  This was part of a larger package of over 40 different titles picked up by Sundance Now for various territories including the US, Canada, the UK and Ireland.

AMC Networks, USA has acquired seasons one-four of drama series, Line of Duty, from World Productions. The series has also been sold to Canadian streaming service CBC Gem, and renewed by Super Channel 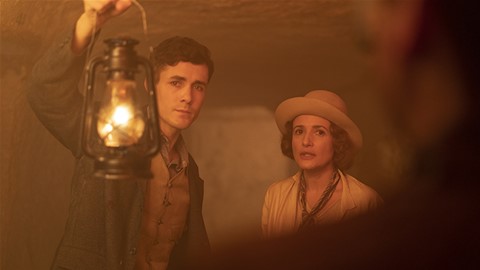 Agatha and the Curse of Ishtar

Further deals ahead of NATPE include the documentary Margaret Atwood: A Word After A Word After A Word is Power to ViacomCBS Networks Americas to air on Paramount Channel Latin America, 238 episodes of programming to Canada’s ZoomerMedia Limited for their channel ONETV – GET FIT including The Last 10 Pounds Bootcamp and Bulging Brides, and 111 episodes to Yes TV Canada for the renewal of Highway to Heaven.

All3Media International has struck a deal with Discovery Latin America which will see factual entertainment format 10 Years Younger returning to the region.

10 Years Younger, which challenges a team of experts to turn back the clock of individuals who want to refresh their image, has now been produced in 16 territories, including the UK, US, Australia and Italy. The format is set to return to UK screens this year following the recent commission of six-part series 10 Years Younger in 10 Days by Channel 5.

Keshet sells Deal With It! to Televisa 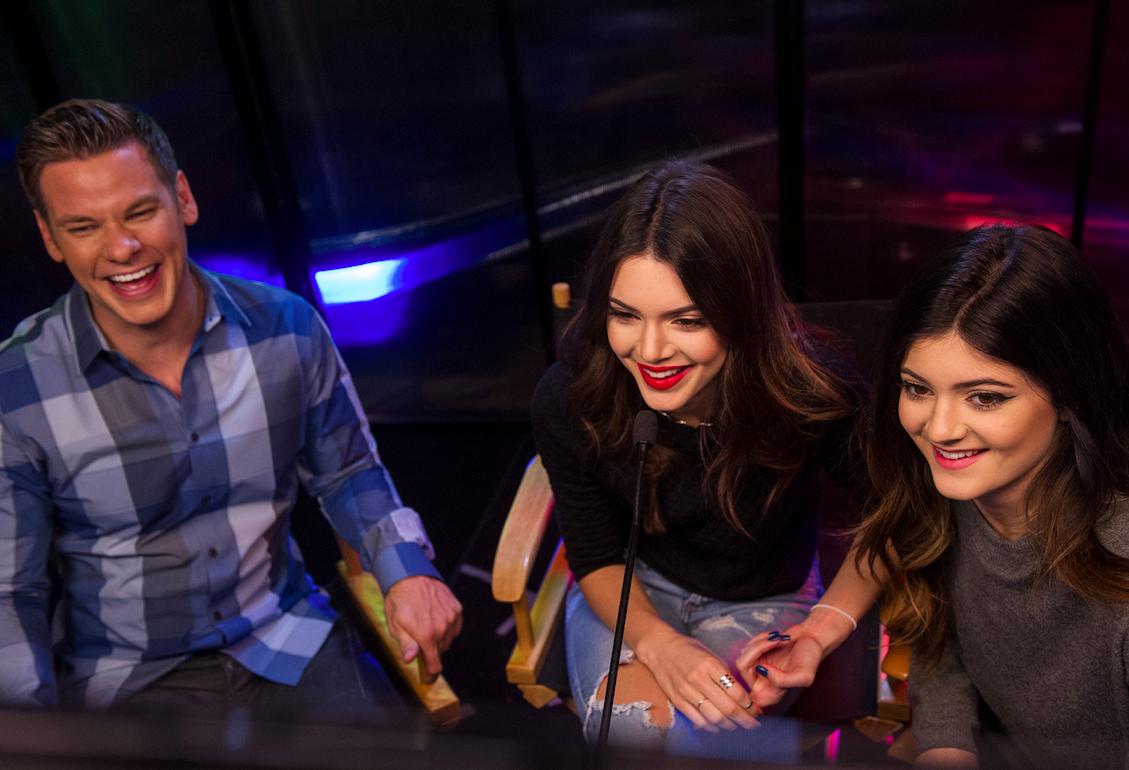 Keshet’s Deal With It!

Keshet International (KI) has sold its hidden camera gameshow Deal With It! to Televisa in Mexico, with Keshet 12 choosing to bring back the format in Israel after a hiatus of six years.

Televisa will produce 30×120-mim episodes for its free-to-air Mexican network, Canal 5. Known locally Vas Con Todo, the new series will premiere on Televisa’s Canal 5 in the first quarter of 2020.

In Israel, United Studios of Israel will produce 10×60-min episodes for Keshet 12.  Originally commissioned in 2010, the series previously ran to two series and 27 episodes before completing its run in 2013.  .

In Deal With It!, ordinary people meeting someone for a coffee or a meal, or checking into a hotel, are asked to participate in a game for a chance to win a cash prize. All they have to do is… exactly what they’re told by the show’s host and their celebrity guest. It could be weird, funny, or crazy, but they mustn’t lose their cool or quit, and – most importantly – they mustn’t be found out by the person they’re with.

GRB Studios announced at NATPE that it has acquired the finished and format rights to Family Pictures from Chimpanzee Productions.

“GRB Studios is excited to take hold of Family Pictures, which is a great show and format concept. We are extremely pleased to partner with Chimpanzee Productions who have created a very special show that lends itself to worldwide localization. The U.S. show is also very inspirational and we are distributing that series as well. This acquisition is one of GRB’s many new shows planned for the year,” said Sarah Coursey, senior vice president, international at GRB Studios

Culinary Camera Qatar was produced by ZEEL for Qatar Media Corporation (QMC) and recently completed 13×30-min episodes, which will air on QMC’s English-language channel this year. It sees Indian Canadian chef Vikram Vij team with Qatari photographer Aref Al-Ammari team for a culinary journey across Qatar. ZEEL is looking to sell the format to Latin America at NATPE.

The Spiceman Trails is a soon to be greenlit for Zee India (10×45-mins) and is expected to be ready by August 2020. The first season features Irish chef Arun Kapil traveling India to discover its aromatic spices and bring them back to Ireland.  Zee is developing further seasons –one across Latin American countries and another within South and East Asian countries

Sunita Uchil, EVP, co-productions & development said: “We are pleased to have two unscripted series in production since June of last year and are looking to expand these programs to other territories, especially across Latin America and South Asia.”