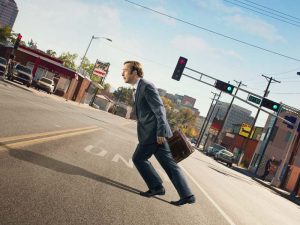 The show, which is also available around the world on services including Netflix, will go into production later this year and air in 2021. The renewal comes just ahead of the fifth season, which debuts on 23 February.

The show is produced by Sony Pictures Television and follows Jimmy McGill’s (Bob Odenkirk) decision to practice law as Breaking Bad character Saul Goodman, which creates unexpected and profound waves of change for those in his orbit.

Showrunner and executive producer Peter Gould said: “We couldn’t be more grateful to the fans and critics who are making this journey possible. Next month we start work on the sixth and final season — we’re going to do our damnedest to stick the landing.”

“Greenlighting a prequel to one of the most iconic series in television history is one of the boldest swings that AMC has ever taken. But, thanks to the creative genius of Vince Gilligan and Peter Gould, it has also been one of the most rewarding,” said Sarah Barnett, president of AMC Networks Entertainment Group and AMC Studios. 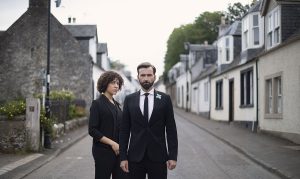 The show, which stars David Tennant and Cush Jumbo, will make its exclusive North American premiere in April following its recent premiere on Channel 4 in the UK. The series is produced by Endemol Shine Group-owned Kudos and is sold by sales arm Endemol Shine International.

The story follows what happens in a small Scottish community when a seemingly perfect and happy family is murdered by someone they know and trust.

The pick-up coincides with Acorn TV’s panels at the Television Critics Association (TCA) winter tour in the US, where the streamer unveiled the return of new and returning series, including the second season of Mystery Road.

The streamer’s 2020 slate will also offer second seasons of Balthazar and Rebecka Martinsson, as well as commissions such as Irish period mystery Dead Still and Irish comedy drama The South Westerlies.

Investigation Discovery has unveiled details of its new anthology series Who Killed (working title), with the first special focusing on the life and disputed death of disgraced financier Jeffrey Epstein.

Who Killed Jeffrey Epstein will feature exclusive interviews and an in-depth investigation to reveal new clues about Epstein’s seedy underworld, privileged life and controversial death. It will air in 2020 and is produced by Jupiter Entertainment with Patrick Reardon and Tim McConville as executive producers.

“This story has everything: famous names, wealth, sex, tragedy and suicide – or, murder,” said Henry Schleiff, group president of ID, Travel Channel, American Heroes Channel and Destination America. “Indeed, when deaths as high profile as Epstein’s come to light, people have questions and that is why ID will seek to provide viewers with additional new information – and, perhaps, answers.”

In related news, the network is also building on its Twisted Sisters franchise by ordering Twisted Love, with Khloé Kardashian exec producing.

The show is produced in partnership with Red Arrow Studios-owned 44 Blue Productions and Khlomoney Entertainment. Instead of focusing on insidious siblings, the new six-part series shares tales of families, friends and lovers, and documents how trusted lover can change.