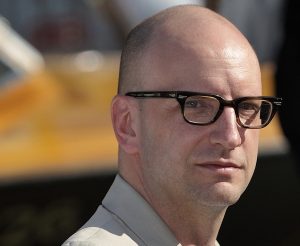 WarnerMedia has struck a three-year deal with veteran filmmaker Steven Soderbergh that will see him develop content for both its streaming HBO Max and cablenet HBO.

The exclusive agreement covers all forms of TV and a first-look for features, with his first project the previously announced feature Let Them All Talk for HBO Max.

It stars Meryl Streep and Candice Bergen (Murphy Brown) and tells the story of a celebrated author played by Streep who takes a journey with some old friends to have some fun and heal old wounds. The film will launch on HBO Max in 2020.

Soderbergh, who has been making films with Warner Bros. Pictures since 2001 and is a long-time collaborator with HBO, has been behind movies including The Laundromat and High Flying Bird for Netflix, with both debuting in 2019.

He earned an Academy Award in 2000 for directing Traffic, the same year he was nominated for Erin Brockovich, and he also directed Sex, Lies, And Videotape. His TV output includes HBO limited series Mosaic and The Knick for Cinemax.

“Steven is a groundbreaking filmmaker who not only tells unique, irresistible stories, but is also a master of so many genres,” said Sarah Aubrey, head of original content, HBO Max. 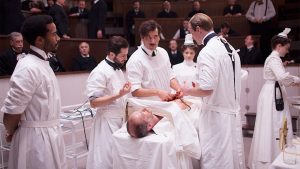 “In many ways, he is the anti-algorithm constantly surprising, never predictable and his career is living proof that one gifted filmmaker can impact our culture again and again. I can’t wait for the projects that we’re working on together to premiere on HBO Max.”

The deal was brokered by Michael Sugar of Sugar 23 and Jamie Feldman of LGNAFC (Lichter, Grossman, Nichols, Adler, Feldman & Clark).

Soderbergh added: “This arrangement grew out of talks Michael Sugar and I were having with Sarah Aubrey during the negotiations for Let Them All Talk, and there were four things tractor-beaming me toward this deal.

“One, I have a history with both HBO and Warner Bros.; two, my definition of a good product, a good process, and a good working culture is shared by the WarnerMedia family; three, the wide range of potential outlets aligns with my range of interests, and four: I get to witness and participate in the building of something new at a very large scale. Oh, and there is a financial aspect, so that’s probably five.”

Casey Bloys, president of HBO programming, added: “From Behind The Candelabra, to The Knick and Mosaic, we know first-hand that Steven Soderbergh’s creative genius knows no bounds. An indefatigable innovator, we couldn’t be more excited to continue our relationship with Steven and provide a home for his future projects.”

It is based on David Wallace-Wells’ eponymous novel and has been written and directed by Adam McKay (Succession). US-based trio Hyperobject Industries, Wiip and Animal Kingdom produce, with the series exploring various scenarios arising from climate change.

Other shows unveiled include culinary docuseries The Event, from celebrity chef Wolfgang Puck and Renegade 83, and three-parter Aquaman: King Of Atlantis. Atomic Monster produces the show, which is based on the DC Comics character.